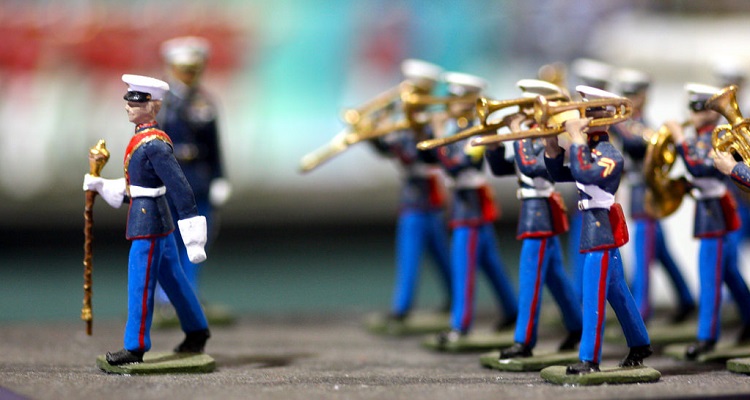 Donald Trump may have a quieter Inauguration than expected.  Notable musicians, starting with Elton John, have vehemently rejected Inaugural invitations.  Now, a Washington DC marching band that has performed in the past five inaugural parades has opted out as well.

This time, it’s different.  According to the Ballou High School principal, the group decided to “take a break and…not apply to play in the inaugural parade.”  The principal explained that the group has performed several times recently.

Dunbar High School’s marching band also won’t perform.  They performed at Obama’s 2009 inaugural parade.  According to the principal, they will “sit this one out because they are rebuilding the band.”

Eastern High School also won’t participate.  This time, however, the school principal didn’t elaborate on why.

A DC Public Schools spokeswoman told NBC4 Washington that she wasn’t aware of any school participation during the parade.

Applications were due December 5th.  The Presidential Inaugural Committee will announce which bands they selected. However, they did not say how many marching bands submitted inquiries.

Music Celebrations International marketing director Luke Wiscombe spoke with NBC4 Washington.  The tourism company, based out of Arizona, organizes band trips for schools across the country.

“We didn’t get the response that we got the last time, with Obama.  Some groups responded, but with some groups it was crickets.  We’re seeing a little less enthusiasm to be a part of this event.”

Yet, the company did receive inquiries from marching bands based in the South.  Go figure.

“I think everybody knows why and no one wants to say and lose their job.”