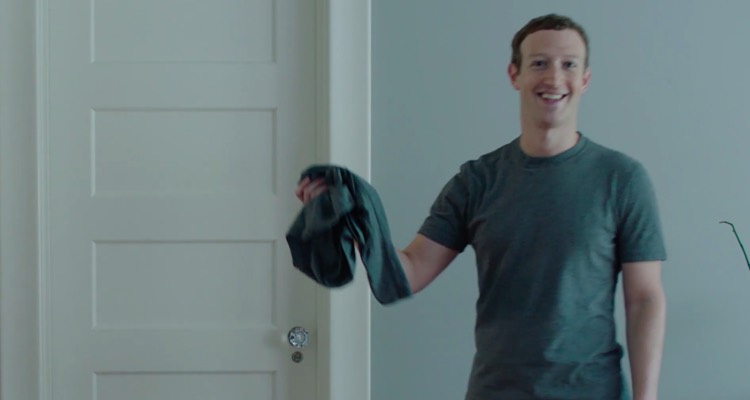 Just when you thought it was safe for Nickelback! Enter Facebook scion Mark Zuckerberg, who just shredded the band in a recent AI demonstration.

Onlookers to this bloodsport against Nickelback often wonder: why Nickelback?  Why so many brutal jabs for a mere group of rockers from Canada?

This actually been the subject of intense academic debate, including one groundbreaking study that sourced the ridicule to one moment in history.

+ Why Do People Hate Nickelback So Much? Research Traces It Back to One Pivotal Event

We’ll let the historians and academics debate these important theories.  But here in the present, Mark Zuckerberg may have landed the most punishing blow of 2016.  In a just-released video showcasing the Facebook’s new artificial intelligence solution, Jarvis, a leading question on Nickelback is met with an ‘intelligent’ response.

But Jarvis, voiced by Morgan Freeman, actually likes bands like the Red Hot Chili Peppers.  He even recommends specific songs from the group.  Ask Jarvis for a Nickelback tune, however, and the response shifts entirely.  “I’m sorry, Mark, I’m afraid I can’t do that. There are no good Nickelback songs,” Jarvis jabs in the video.

Meanwhile, the band itself is battling a rumor that they’re playing Donald Trump’s upcoming Inauguration (they aren’t).  And just recently, cops in a small Canadian town threatened to torture drunk drivers with Nickelback songs.  The punishment went absolutely viral, forcing the sheriff to issue an apology for ‘bullying’.

+ Musicians, This Is How You Deal With Haters

All part of one of the biggest cultural punching bags of our generation.  Back to the artificial intelligence solution, Zuckerberg will be battling a number of rivals, though voice-activated AI seems to be in its early stages.  Currently, solutions like Alexa are hit-and-miss, and Siri is notorious for botching requests.  That could start to change in the coming years, especially with Facebook intensifying the competition.