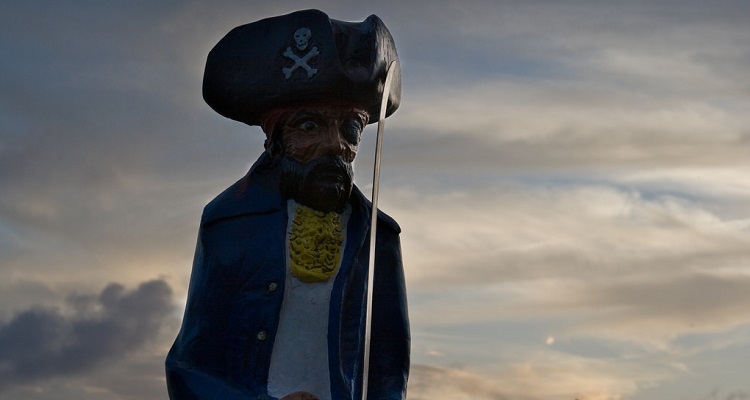 Yes, the U.S. government just published a list of the top free music and media download sites.  And, gave piracy a big, big boost in the process.  Here we go (again)…

This year’s lists highlights prominent piracy hubs, as well as e-book, software, gaming, and free music download sites.  The United States hopes to take down the following mega-offenders.  Good luck with that!

The report states that the cyberlocker site is well-known globally. 4Shared provides legitimate file-storage services. However, according to the USTR,

“BeeVideo has been downloaded more than 12 million times.  Once downloaded, it allegedly provides unlimited unauthorized access to infringing content.”

“These sites, and other mirror sites, reportedly make it possible to download—all without permission and without remunerating authors, publishers or researchers—copyrighted books by commercial publishers and university presses; scientific, technical and medical journal articles; and publications of technological standards. Information about the registrants and operators of the Bookfi and Libgen family of sites is obscured but Libgen is allegedly based in Russia.

“Bookfi.net is hosted in the Netherlands.  It generates revenue through gift card donations. Libgen has been the subject of court-ordered enforcement action in the United Kingdom, but continues to operate.”

According to the report, Ukraine provides a safe haven for piracy sites. ExtraTorrent first appeared on the Notorious Markets List in 2013. Several enforcement actions against the site have yet to take the site down.

“Despite being subject to several enforcement actions, it maintains a global Alexa rank of 207, and rankings in India, Pakistan, and China of 170, 19, and 319, respectively. This illustrates the broad impact that sites facilitating infringement can have on geographically diverse markets.

“The United States encourages the Government of Ukraine to take lasting action against those who operate Extratorrent and similar sites within Ukraine’s jurisdiction.”

Gongchang is a business-to-business e-commerce platform. However, it’s reportedly one of several online markets in China that deal in counterfeit sales. The site also sells counterfeit shoplifting prevention security tags.

“The GongChang platform specializes in industrial products and servicing manufacturers and retailers. Counterfeit security tags may help give an appearance of authenticity to counterfeit goods or they may fail to alert retailers who believe their goods are protected, increasing the likelihood that shoplifting will go undetected. The sale of these counterfeits at the B2B level illustrates how significant quantities of counterfeit inputs can enter global supply chains.”

“These cyberlockers, linking sites, forums, and streaming sites all work together to facilitate global distribution of allegedly infringing content. The sites are said to generate revenues through advertising and premium membership  or  subscription  fees,  and  to  compensate  users  for  uploading popular  infringing content. Several sites reportedly engage in domain hopping to evade law  enforcement and workaround search engine demotions to rise to the top of search engine results. Right holders report that Nowvideo and others in the Movshare group are entirely unresponsive to takedown notices”

Based out of Russia and Ukraine, the site attracts over 860,000 visits a month.  Although most visitors come from the United States, United Kingdom, and India. Mp3va.com sells popular music tracks for pennies.

“MP3VA’s FAQ page misrepresents the legality of its operations and purports to have a license from Avtor, a rogue Ukrainian collecting society. However, the site’s music download sales are not authorized and authors are not paid. Major U.S. credit card and payment processors no longer support the site. The hosting provider is located in Russia and the operators appear to be located in Ukraine.”

Based out of Vietnam, this illegal online marketplace facilitates legitimate goods sales with counterfeit products. The site received over 3 million monthly page views.

“This linking site was created by an anonymous web developer in Egypt, where it is regularly among the most popular sites. The MyEgy site is in Arabic and content is available in both Arabic and English. The site is hosted in Russia and, like five other listed sites this year, uses the country code top-level domain of Tonga (.to).”

All sites share connections to Poland. They represent a major hub of infringing video games.

Switzerland reportedly has a loophole restricting enforcement against pirate sites.

“However, at this time, right holders report that Switzerland is an increasingly popular host country for such sites. Other listed and nominated sites, including Putlocker, 1337x.to, Primewire.ag, and Nowvideo.sx may also be hosted by Private Layer but are using reverse proxy services to obfuscate the true host from the public and from law enforcement.”

Putlocker is among the most-visited video streaming sites in the Asia-Pacific region. Sites, such as Putlocker, overtake torrent and other sites as the primary mode of movie and television piracy.

“The operator of Putlocker is likely based in Vietnam.  The owner appears to be taking actions to evade enforcement measures”.

Commenters from the movie, television, and music industries nominated this website. The site gains prominence against competitor sites since KAT and torrentz.eu closed down. The site started almost a decade ago targeting the Bosnian market.

“Rutracker, hosted in and operated from Russia, is a BitTorrent portal with more than 13 million active accounts. The site is currently one of the most popular in the world and a top site in Russia, with an Alexa ranking of 20.”

“Not only do counterfeit and pirated goods pose a grave economic threat to U.S. creative and innovative industries, undermining the Chinese and global market for legitimate U.S. products, substandard counterfeits such as auto parts pose a potential public health threat to unsuspecting consumers.”

After a brief hiatus, The Pirate Bay returns to the Notorious Markets List. The Pirate Bay represents a symbolic importance as the longest-running (and the most vocal) torrent sites. In addition, the site provides links to music, movies, TV, books, and other copyright content.

“The Pirate Bay has allegedly had more than a dozen domains hosted in various countries around the world, applies a reverse proxy service, and uses a hosting provider in Vietnam to evade further enforcement action.”

The popular cyberlocker provides access to unauthorized content including books, music, television, and music. Furthermore, the website uses multi-tiered subscriptions, a referral program, and a rewards scheme to generate revenue.

“For example, the site pays rewards to users based on large file sizes, such as those for movies and television.  The operator allegedly employs multiple IP addresses, domain names, and server locations to evade law enforcement. In 2016 a German court found an Uploaded operator liable for infringing content shared by its users because it failed to take proactive measure to prevent the same infringing works from being re-uploaded and made available for download again. Uploaded is owned by a Swiss company and is hosted in the Netherlands.”

Vibbo, based in Spain, connects users to a wide variety of products and services. The site’s terms of use prohibit illegal activity. Yet, some people use the platform to sell and distribute counterfeit security tags and circumvention devices and services.

“Circumvention devices and services break the technological protection measures in game consoles and handheld devices to enable unauthorized uses or the copying of game software. In many countries, including Spain, this is in direct violation of the law….Right holders report that Vibbo is largely non-responsive to notices of infringing activity.”

“Despite [this],VK reportedly continues to be a hub of infringing activity and continues to be listed pending the institutionalization of appropriate measures to promote respect on its platform for IPR of all right holders…that are comparable to those measures used by other social media sites.”

The report states that stream ripping represents a serious threat to musicians, record labels, and digital music delivery models. Despite legal actions against the site, the site maintains a high Alexa rating in many countries.

“YouTube-mp3 allegedly accounts for about 40 percent of the world’s stream ripping activity, and the music industry estimates that it generates hundreds of thousands of dollars a month in revenue through advertising.”

Warning: US authorities have blasted the following sites.

In fact, before starting this year’s list, the report dives into a quick review of last year’s piracy sites.

The U.S. government shut down the following sites (some of which came back online):

“KAT (Kickass Torrents) was allegedly  one  of  the  most  popular and lucrative illegal piracy sites in the world until it was taken down by a U.S. law enforcement action in cooperation with foreign law enforcement agencies”.

“Digital music revenues and streaming revenues in particular represent an increasingly important share of music industry growth.  Stream ripping is a direct threat to this digital growth as it eliminates the need for users to return to licensed services, thereby depriving artists and record companies of this important revenue source.”

Then again, maybe YouTube is the bigger problem here.  After all, the video giant actively encourages stream-ripping, with Google even publishing helpful tutorials on the matter.

But that’s another story entirely.