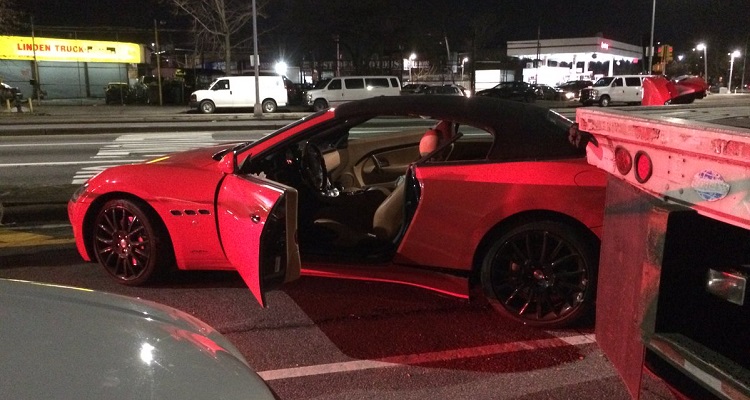 An unknown gunman shot and nearly killed rapper Troy Ave Sunday night. Roland Collins, the rapper’s real name, and his wife were on their way to visit family. The gunman shot the rapper through the drive’s side window as he waited for a traffic light to change.

According to police, a bullet grazed his shoulder, while another grazed his head. Troy Ave is in stable condition. Eyewitnesses said that he drove his car for several more blocks before crashing. A passerby took him to the hospital.

Rapper 50 Cent uploaded a shot with Troy Ave at the hospital on his Instagram. The hospital listed Ave in stable condition.

Yesterday’s shooting may be in connection to a dispute earlier this year. Police arrested and charged Troy Ave with attempted murder and criminal possession of a weapon in connection to a Manhattan concert shooting. An argument broke out between rival groups associated with Troy Ave and another local rapper, Maino. The shooting occurred after Maino and rapper Uncle Murda performed at the Irving Club in lower Manhattan. T.I. was set to perform.

The NYPD released surveillance footage that shows the rapper firing a weapon. Troy Ave came out of a VIP room in Irving Plaza, quickly scanned the crowd, and then fired his weapon before walking away. Police found one man dead, with three others injured, including a woman.

Troy Ave told police he disarmed the original attacker and only shot back in self-defense.

“He looked to his left. He saw that the guy had a gun and was about to fire, and he started driving away…he reached the point where he was bleeding pretty profusely, and apparently a good Samaritan drove him and his girl a couple of blocks the rest of the way to Brookdale.”

As of Monday morning, police haven’t made any arrests in connection to the shooting.