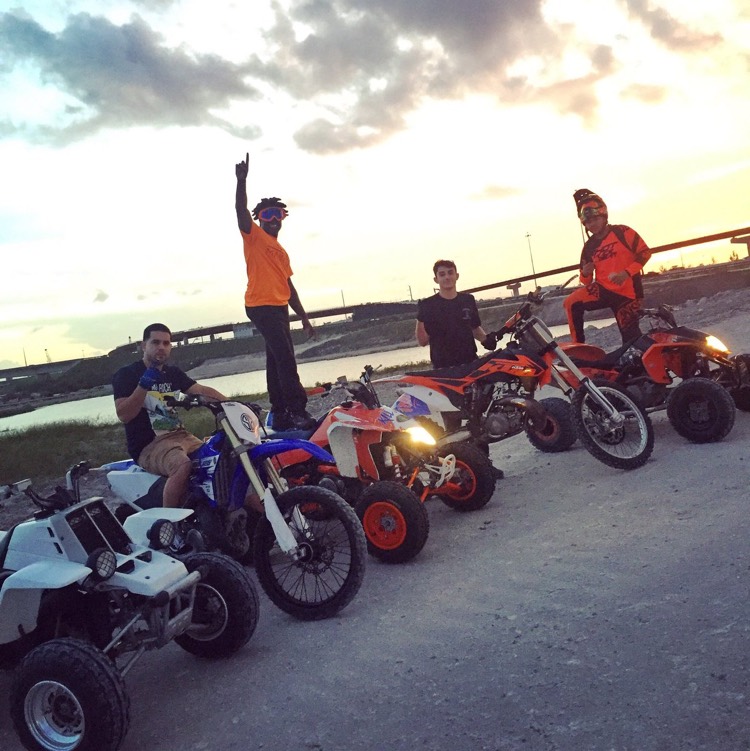 Kodak Black, in an image posted hours ago.

Kodak Black wasn’t gunned down outside a club in Pompano Beach.  It was all completely faked (just like we said).  But who did this and why?

Yesterday, a fake news story claimed that Kodak Black had been shot.  Twice in the chest in a drive-by shooting.  That story, published on Yamstar.com, alleged that the rapper had been shot outside a club in Pompano Beach, FL.

The report contained details of a high-speed car chase, shots fired, police, and paramedics, but was completely fabricated.  It even featured video footage of a major police situation.  “Rapper Kodak Black just got shot while coming from a club in Pompano,” a voice of the fake video declared.

Here’s the video that surfaced:

The only problem with that?  It was completely fake.  And to completely dead that rumor: Kodak Black is now posting videos and images to several social media accounts.  Here’s what Black and crew posted to Twitter just hours ago.

The rapper, who was raised in the Golden Acres housing complex in Pompano Beach, FL, is now planning two shows.  Those are happening January 14th and 21st at Club Pulse in Fort Lauderdale.

So, it’s safe to say he’s not dead.  And wasn’t shot twice in the chest in Pompano.  Actually, the fake story will probably help the rapper, thanks to a surge of publicity.

But why publish a completely fabricated, bullshit story?  The fake story is the latest in a string of falsified reports that people took seriously.  In the case of Kodak Black, the story sparked a massive outpouring on social media, with #PrayforKodak a trending hashtag on Twitter.

And the reason might be simple: money.  The video went viral, which means lots of views and tons of advertising revenue.  Onto the next shocking story, rinse/repeat.  Which means another fake news story is coming, and could provoke a more serious reaction.

Indeed, fake stories have already resulted in shootings, political standoffs, and possibly, a Trump presidency.  Perhaps people are becoming a lot more aware — and suspicious — of fake news, though not this time.

Meanwhile, there’s growing suspicion that some of these stories are plants.  Kim Kardashian’s supposed robbery in Paris was attacked for being fabricated by the celebrity, for example.  Months later, there aren’t any leads, suspects, or arrests.  Whether Kodak Black is doing the same is anyone’s guess, though all this publicity is definitely generating more cash for the rapper.