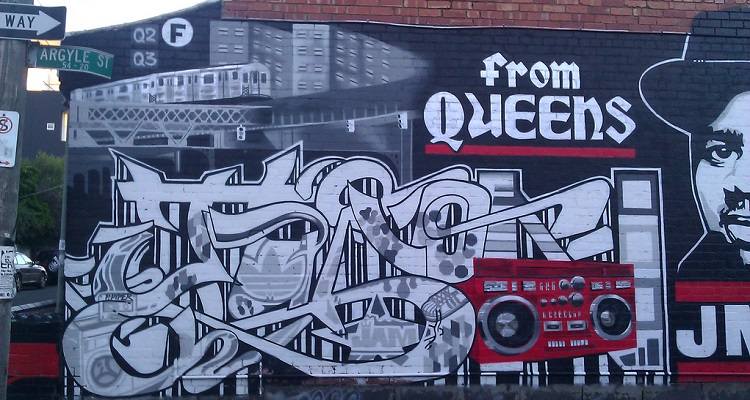 Amazon has a pirating problem, so Run DMC is taking them to court. Wal-Mart and Jet, too, apparently.

The lawsuit begins with a quick history on Run DMC.

“RUN-DMC is the most well-known group in the history of hip hop/rap music, originating in Hollis, Queens, New York. Historically, the group achieved a number of notable firsts in hip hop music and are credited with being the act most responsible for pushing hip hop into mainstream popular music, initiating its musical and artistic evolution and enabling its growth as a global phenomenon.”

Daryl “DMC” McDaniels, on behalf of Run-DMC Brand, filed the lawsuit against the companies named above. He alleges that the defendants are knowingly advertising, selling, manufacturing, promoting, and distributing multiple counterfeit Run DMC products. The products include glasses, hats, t-shirts, patches, wallets, and “other items.”

McDaniels said that the Run-DMC Brand has generated “revenue in excess of One Hundred Million Dollars.” In fact, the brand entered into licensing agreements with several companies, including Adidas.

“RUN-DMC has entered several licensing agreements for use of the trademark RUNDMC, including a deal with Adidas for One Million Six Hundred Thousand Dollars ($1,600,000.00) to endorse a brand of sneakers. The brand is extremely valuable.”

The defendants have used Run DMC’s trademarks without permission for at least three years. Furthermore, Amazon, WalMart, and Jet have partnered with Vision and Infinity Fashion, who knowingly promote and obscure product authenticity. The lawsuit states,

Vision and Infinity Fashion both advertise the product and confuses the public in regards to its source of origin. Meanwhile, Amazon, WalMMart, and Jet directly compete with Run-DMC Brand in unfair competition, harming the brand’s overall revenue.

McDaniels included screenshots from WalMart, Jet, and Amazon’s respective websites selling the counterfeit items. In addition, the lawsuit asks for $50 million in interest, as well as attorney’s fees.

You can read the court document below.