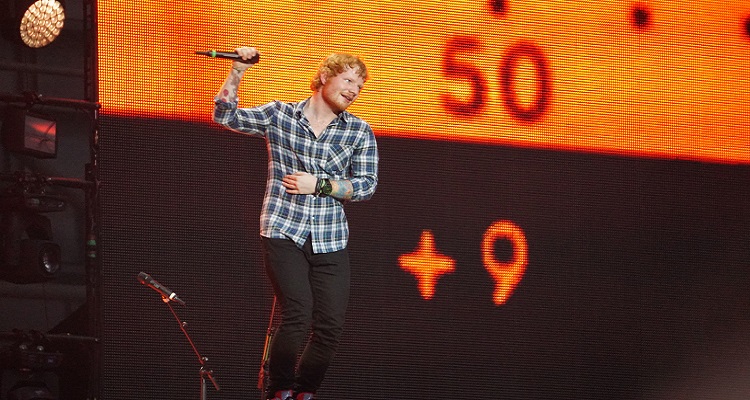 This past Friday, British singer-songwriter Ed Sheeran released two comeback singles: Castle on the Hill and pop song Shape of You. Both songs also appeared on Spotify.

Both songs quickly stormed Spotify charts. According to MBW, Ed Sheeran’s singles reached over 23 million between both up to the end of January 7. As of writing, Shape of You has 23,837,922 streams. Castle on the Hill has 18,147,701 streams. That equals near 42 million total streams since Friday. That equals slightly over half a million plays per hour.

MBW reports that Spotify has heavily promoted Sheeran’s comeback album. Their own This Is: Ed Sheeran playlist. On Saturday, the playlist had over 324,000 followers. However, since Spotify remains in licensing negotiations, MBW released a side note worth reading.

“(Sidenote: You wonder how well these ‘This Is…’ playlists are going down amongst record labels – especially while Spotify remains locked in licensing negotiations with them. It’s a clear attempt from Spotify to divert user activity away from third-party albums/playlists and towards their own first-party platforms…)”

The artist has 20.33 million in terms of global monthly listeners, placing him at No. 25.

According to the UK’s Official Charts Company, both tracks placed ahead of the competition in the early midweek sales flash. Shape of You topped first place with 83,000 chart sales, including streams converted to sales at 150:1. Castle on the Hill trailed closely behind at second place. Both songs, however, comfortably lead other singles in the UK music industry.