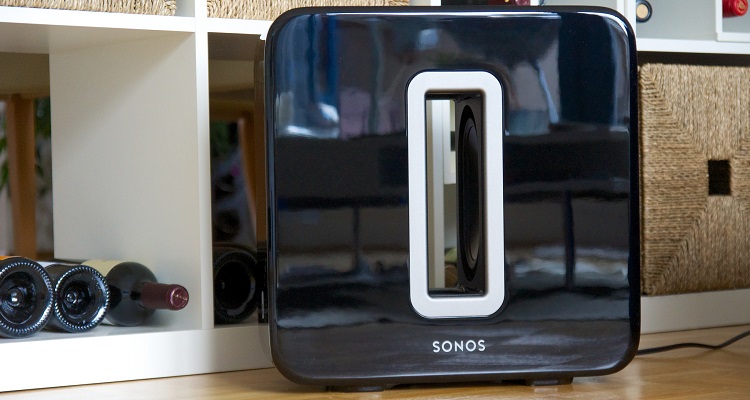 The company lays off an ‘unspecified’ number of employees. Then, they make deals with their rivals. Now, the CEO steps down. Will 2017 be the end of Sonos?

In a blog post on Sonos’ website, Sonos CEO and co-founder John MacFarlane stepped down.  Titled, ‘The Next Generation of Sonos Leadership,’ MacFarlane explained,

“As the founder and CEO of Sonos, I am always trying to find leaders who are capable of taking Sonos to the next level. Part of that means assessing my own role. With Sonos now poised for a new phase of growth, I am excited to pass the role of Chief Executive Officer to a well-prepared Patrick Spence.”

Citing successful Sonos hardware sales under Spence, MacFarlane also stated that the company faces stiff competition from rivals.  MacFarlane will remain as an employee to “to help mentor colleagues and work on other projects.”

“Patrick’s leadership comes at a magical moment for Sonos.  Music has made the transition to streaming. It took longer than we expected but it’s fully here now, leading with a handful of paid subscription services: Spotify, Pandora, Apple Music, Google Play Music, QQ Music, Amazon Music, SoundCloud, Tidal, etc.  Today, a Sonos owner can play almost everything ever made, and tomorrow we will certainly be able to do that with all manner of preferences, niches, themes, and mixes.”

Sounds lovely.  But is it true?  Looming ahead is a giant competitive threat that could eat this company alive.  The New York Times painted a clearer picture of the company’s standing.

“Over the years, Sonos has weathered competition from better known rivals like Apple and Bose to find a devoted audience among audio enthusiasts. But lately its wireless speaker has lost ground to an unexpected competitor, Amazon’s Echo.”

MacFarlane originally planned to step down last year.  He cited his wife’s battle with breast cancer and his aging parents as the reasons why.  However, he delayed those plans when Amazon’s Echo speaker ate into Sonos’ speaker sales.  The Times writes,

“While Echo has received mixed reviews for its sound quality, its Alexa voice assistant — which allows people to quickly play music with verbal commands — has captivated the tech industry and the public.”

Did Sonos drop the ball on voice recognition?

MacFarlane admitted that he, along with the company, misjudged voice recognition technology.

“I fell into that trap where I’ve been watching voice recognition for years… tried Echo in the beginning and wrote it off…had too many distractions at that time.  I wasn’t playing at the level I should have been playing at in all frankness.”

MacFarlane’s — as well as Sonos’ — miscalculation may have cost them dearly.  In March, the company announced their plans to dismiss an “unspecified” number of employees.  MacFarlane wrote in the company blog,

“These last few weeks have been tough for everyone at Sonos. We’re a tight bunch, so saying goodbye is particularly painful. But I know that making these changes is the right thing to do for Sonos as we look to the future.”

And how many people really need high-end interconnected stereo systems?  “Sonos’ turbulence is happening alongside an absolute surge in music streaming, with paid subscriptions easily crossing the 50 million-mark,” DMN publisher Paul Resnikoff wrote back in March.

“Many of those subscribers are serious music fans, with portable music collections often accessed through high-end, $300-plus headphones.  The problem for Sonos is that many of those ‘higher-end’ users aren’t taking the next step towards audio hardware, especially those that favor flexible, on-the-go lifestyles that are easily dragged down by ‘stuff’.”

But where are the numbers?

“The shift is not complete as a few laggards continue to cling to fading business models, but it’s inevitable now. The only question that remains is how fast the growth of paid subscription services will be.”

Meanwhile, Sonos has yet to release their winter sales.  And although not publicly traded, it’s difficult to judge the company’s current financial health without concrete numbers. According to MacFarlane, the company reportedly made $1 billion in 2015. Yet, one cannot ignore the following statement.

“Sonos would not disclose its sales, but it said there are millions of homes with its speakers in them, many of them with more than one speaker.”

Do these include 2016 sales or merely overall company sales? MacFarlane nor the company would confirm.

Despite taking on rivals Apple and Bose, Sonos has yet to formulate a concrete plan to take on Amazon’s growing popularity with Alexa.  Instead of taking on Amazon, the speaker company announced a joint partnership earlier this year.  It’s a ‘if you can’t beat ’em, join ’em’ strategy, one that doesn’t cut it in a cut-throat music hardware space.

Meanwhile, Amazon continues building on Alexa’s growing popularity with price drops.  And, special music streaming prices for Echo owners.  At CES this year, Amazon stole the spotlight with Alexa-connected products.  In fact, this year, TechCrunch wrote an article with the headline, “How Amazon and Nvidia Won CES this Year”.

It was all Amazon in Vegas.  The company presented a smart fridge sporting Alexa integration.  Another major announcement included Ford’s in-car Alexa integration with SYNC3 coming out this year.

At CES this year, Sonos was noticeably absent, just as they were at CES 2016. Others are also moving in on a stodgy Sonos.  This year, a rival start-up company presented AmpMe.  Dubbed the “free alternative to Sonos,” AmpMe is a free app that syncs smartphones so they play music in unison.

“a wireless multi-room system which aims to rival Sonos, adding Bluetooth into the mix, plus compatibility with a host of streaming services, and coming with a sub-£100 entry point.”

Everywhere you look, there are simpler, smarter, and cheaper solutions slamming this space.  One quick example is Muzo’s Cobblestone, a smart-and-scrappy ‘stone’ that connects into wifi and re-routes everything into your stereo system.  The price tag?  $60.

Actually, the only product presented with Sonos connectivity that we could find was the Sevenhugs Smart Remote.  The Smart Remote controls connected thermostats, lights, Sonos speakers, and nearly 25,000 other connected devices.

So will 2017 be the year Sonos goes bankrupt?

With music streaming on the rise as well as competing devices and low-consumer adoption for high-end products, Sonos appears to face a difficult year if they plan to turn things around.  MacFarlane ended his blog post with a high-note, though it appears more like a final farewell from the company.

“It’s been a pleasure and honor working toward a mission of filling every home with music. The fifteen-year journey has been filled with fantastic adventures, hard learnings, and everything in between. I look forward to our next chapter.