Jennifer Holliday Quits Trump Inauguration: ‘I Sincerely Apologize for My Lapse of Judgement’ 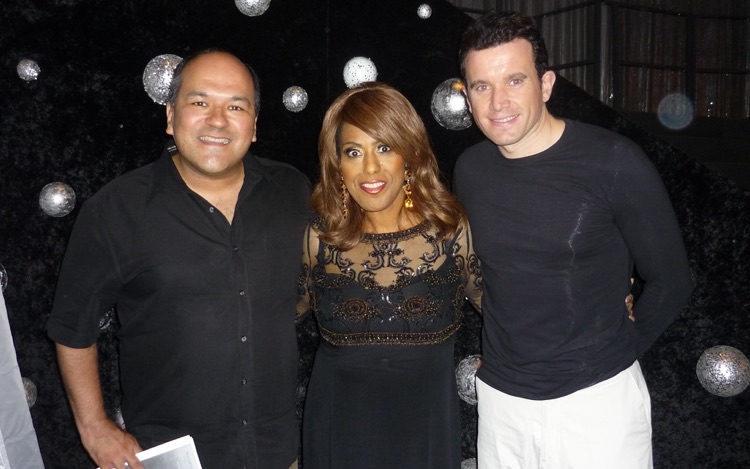 Jennifer Holliday has abruptly pulled out of the Trump Inauguration line-up after a severe backlash.  The Broadway star committed to play the show on Friday, and reversed the decision less than 24 hours later.

Broadway star Jennifer Holliday has now backed out of the Trump Inauguration, and issued a complete apology.  Holliday faced a deafening protest from fans and supporters, particularly those with the lesbian and gay communities.

+ A Complete List Of All Donald Trump Inauguration Performers (Updated!)

Separately, threats of a complete blacklist from a tight-knit Broadway community may have surfaced.  That suggests the strong possibility of feared retribution, and possible ‘career suicide’ if the performance went through.

Holliday, ‘the original Dreamgirl,’ has enjoyed a strong, multi-decade career in part because of core LGBT support.  In fact, the Tony and Grammy Award winner has personally credited the gay community for bolstering her career.

Initially, the singer weathered the complaints by pledging unity, but ultimately rescinded after deafening complaints and threats.   In a letter issued this morning, Jennifer Holliday completely reversed course.

“My only choice must now be to stand with the LGBT Community,” the performer stated.  “And to state unequivocally that I WILL NOT PERFORM FOR THE WELCOME CONCERT OR FOR ANY OF THE INAUGURATION FESTIVITIES!”

“Please know that I HEAR YOU and I feel your pain. The LGBT Community was mostly responsible for birthing my career and I am deeply indebted to you… You have loved me faithfully and unconditionally and for so many years you provided me with work even though my star had long since faded.”

Whether direct threats were made against the singer are unknown, though one source pointed to a tight-knit, unforgiving Broadway community.  And ‘career suicide’ trumps ‘unity’ every time.  “That’s a blacklist right there, just so you know.  I’m talking ‘career suicide’ written all over it,” the source noted, citing knowledge of numerous (and named) Broadway decision-makers.  “So you know.  The gay mafia is real and doesn’t mess around.”

Actually, Holliday cited a specific article in The Daily Beast from a heartbroken journalist as the lynchpin.   The article, written Kevin Fallon, described the sense of heartbreak and disappointment experienced by the gay community.

“In an age defined by reactionary histrionics and emotional melisma—two things that, if you’ve ever seen Holliday belt, you’d imagine she’d be very much behind—we won’t mince words. For the gay community that has bolstered Holliday’s, in her own words, embattled and difficult career and cheered on her recent successes, the news feels like a betrayal. It is heartbreaking.”

Other African-American performers remain in the show.  That includes Cowboy Troy, and African-American country singer, and the Talladega College marching band, which has raised over $300,000 to play the event.

TO MY BELOVED LGBT COMMUNITY:

Please allow me this opportunity to speak to you directly and to explain why I originally made my decision to perform at the inauguration which was what I had thought would be my simply keeping in my tradition of being a “bi-partisan songbird” having sung for Presidents Reagan, Bush, Clinton and Bush.

I was asked to sing a song for what was presented to me as the “Welcome Concert For The People”– in my mind I was reflecting on the past times of being asked to sing for presidents and I only focused on the phrase “For The People”… I thought, For America!

Honestly, I was just thinking that I wanted my voice to be a healing and unifying force for hope through music to help our deeply polarized country… Regretfully, I did not take into consideration that my performing for the concert would actually instead be taken as a political act against my own personal beliefs and be mistaken for support of Donald Trump and Mike Pence.

“I sincerely apologize for my lapse of judgement…”

In light of the information pointed out to me via the Daily Beast article on yesterday, my only choice must now be to stand with the LGBT Community and to state unequivocally that I WILL NOT PERFORM FOR THE WELCOME CONCERT OR FOR ANY OF THE INAUGURATION FESTIVITIES!

I sincerely apologize for my lapse of judgement, for being uneducated on the issues that affect every American at this crucial time in history and for causing such dismay and heartbreak to my fans.

Please know that I HEAR YOU and I feel your pain. The LGBT Community was mostly responsible for birthing my career and I am deeply indebted to you… You have loved me faithfully and unconditionally and for so many years you provided me with work even though my star had long since faded.

Thank you for communicating with me, I had no idea that I still meant so much to all of you.

Thank you for your posted comments both the good supportive ones as well as the ugly hurtful ones.