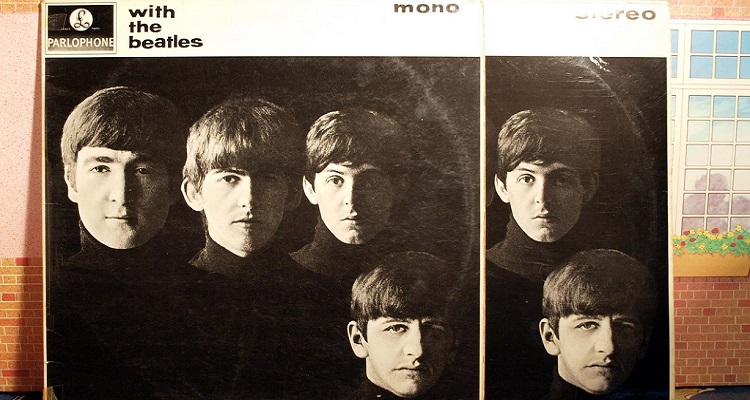 Image by badgreeb RECORDS (CC by 2.0)

Paul McCartney takes on Sony/ATV. The Grand Prize: Rights to The Beatles songs.

The U.S. Copyright Act of 1976 states that pre-1978 tracks writers can reclaim their U.S. publishing rights 56 years after signing said rights away. In court documents obtained by DMN, Paul McCartney is taking advantage of that law as he filed a lawsuit Wednesday against Sony/ATV to reclaim The Beatles songs.

During the 1980s, Paul McCartney famously advised Michael Jackson to purchase music compositions rights. Michael Jackson subsequently purchased the rights to songs including Hey Jude, Yesterday, and Let It Be. Jackson made a deal with Sony/ATV. Last year, the pop singer’s estate sold the remaining rights to the music publisher.

However, in the next several years, copyrights to popular tracks penned by both John Lennon and Paul McCartney will expire. Copyrights to Love Me Do, P.S. I Love You, and Thank You Girl will expire in 2018 and 2019.

Exhibit A shows all of the songs written with John Lennon as well as McCartney alone along with copyright expiration dates.

Exhibit C shows that McCartney made repeated requests. McCartney’s lawsuit, however, claims that Sony/ATV have failed to confirm that it will agree to transfer these copyrights once they expire. A spokesperson for Paul McCartney said,

“Paul McCartney has today filed a lawsuit in federal court in New York against Sony/ATV to confirm his ownership in his US reversionary copyrights, which are granted to him by US copyright law, in the songs he wrote with John Lennon and recorded with The Beatles.”

According to Music Business Worldwide, McCartney first filed for copyright termination back in October 2008 for Love Me Do. U.S. publishing rights for this song will expire on October 5, 2018. Since then, McCartney has filed additional termination requests. A single batch filed in 2010 contained 40 song compositions. The lawsuit reads,

The “one other artist’s terminations” refers to Duran Duran’s case against Sony/ATV.  The UK High Court of Justice sided with Sony/ATV, prompting Duran Duran’s Nick Rhodes to tell reporters,

“This gives wealthy publishing companies carte blanche to take advantage of the songwriters who built their fortune over many years, and strips songwriters of their right to rebalance this reward. If left untested, this judgment sets a very bad precedent for all songwriters of our era”.

On Thursday, Sony/ATV released a statement in regards to the lawsuit brought on by McCartney.

“Sony/ATV has the highest respect for Sir Paul McCartney with whom we have enjoyed a long and mutually rewarding relationship with respect to the treasured Lennon & McCartney song catalog.

“We have collaborated closely with both Sir Paul and the late John Lennon’s Estate for decades to protect, preserve and promote the catalog’s long-term value. We are disappointed that they have filed this lawsuit which we believe is both unnecessary and premature.”

“Sony/ATV’s conduct has left a bitter taste with us for sure, and I know that other artists in similar positions will be as outraged and saddened as we are. We are hopeful this judgment will not be allowed to stand.

“We issued termination notices for our copyrights in the US believing it simply a formality. After all, it’s the law in America.”

Unlike Duran Duran’s case in the UK, however, McCartney may have a better shot here in the States. In 1978, US Congress formally introduced a reversion into existing copyright law. The reversion states that songwriters who assign songs rights to another entity have only one opportunity to terminate said assignment, thus claiming back their intellectual property. According to Complete Music Update, this reversion kicks in at 35 years.

If McCartney loses in the District Court, however, his words may echo Simon LeBon’s.

“Sony/ATV has earned a tremendous amount of money from us over the years. [This] feels like the ugly and old-fashioned face of imperialist, corporate greed. I thought the acceptability of this type of treatment of artists was long gone – but it seems I was wrong.

Yet, Paul McCartney’s not alone. Phillip Nizer’s Partners’ Helen Freeman offered the ex-Beatles member some advice. She recently served as a co-defense counsel in Led Zepellin’s winning Stairway to Heaven copyright infringement case. In addition, the Times of London named her Lawyer of the Week.

“If Paul McCartney can overcome the threshold question of whether there is a sufficiently concrete case or controversy to warrant suit, there is great merit to his position on the legal issues:  There is a clear difference between the termination right for works registered for copyright prior to the passage of the 1976 Copyright Act under agreements made in the 1960’s and that for agreements made afterwards.”

“In the 1960’s, US law limited the maximum potential term of copyright to 56 years and Congress agreed to extend the term only if the benefits of the term extension could go to the original authors through the termination right and not be a windfall for assignees, such as Sony/ATV.  Sony/ATV’s predecessor could not have bargained for the extension of copyright, nor could Sir Paul have given it up, since no one knew the US law would change at the time the contract was made, and Sir Paul’s contracts have different language limiting the assignment to what the then existing law allowed.  Further, the Duran Duran result derived from the UK court’s refusal to consider US law, because it was not properly proved, a result that would not apply here. However, US court’s do not decide “hypothetical” questions and this may prevent maintenance of the suit at this time.”

“Although US copyright law is typically seen as pro publisher/label/studio—at the expense of the author—the right of termination is pro-author, albeit almost entirely in favor of those few authors whose works have endured in their own lifetimes.   It is for that reason that Paul McCartney seeks a court declaration that his publisher will not stand in the way of his exercise of those rights.”

You can check out the lawsuit as well as Exhibit B below.