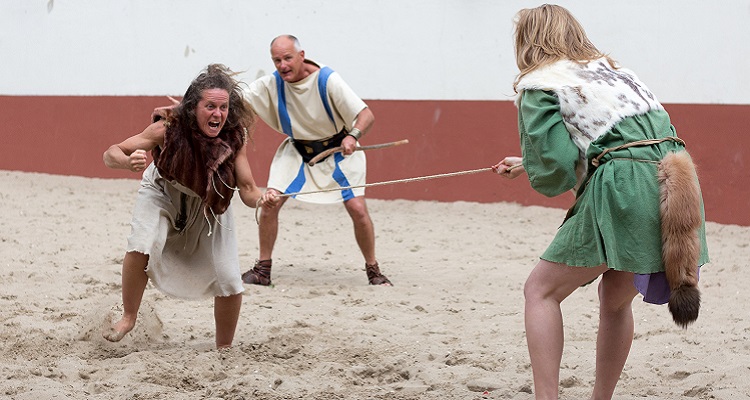 Lately, Pandora’s had a rough time. Despite launching a cheaper alternative to Spotify, company insiders sold their stock. The company also reportedly rejected a buy-out offer from SiriusXM. In addition, the stock price is currently at $13.29, lower than the $14.01 price back in December. However, the company received very good news in regards to their 2016 performance from MusicWatch.

Once again, Pandora became the most streamed music service with a 28% share of music listening. The company barely beat out YouTube, who came in second place with a 27% share. Despite boating over 40 million paid subscribers worldwide, Spotify trailed YouTube, coming in third with only a 17% share. YouTube, Pandora, and Spotify numbers combined free, ad-supported versions as well as their paid offerings. 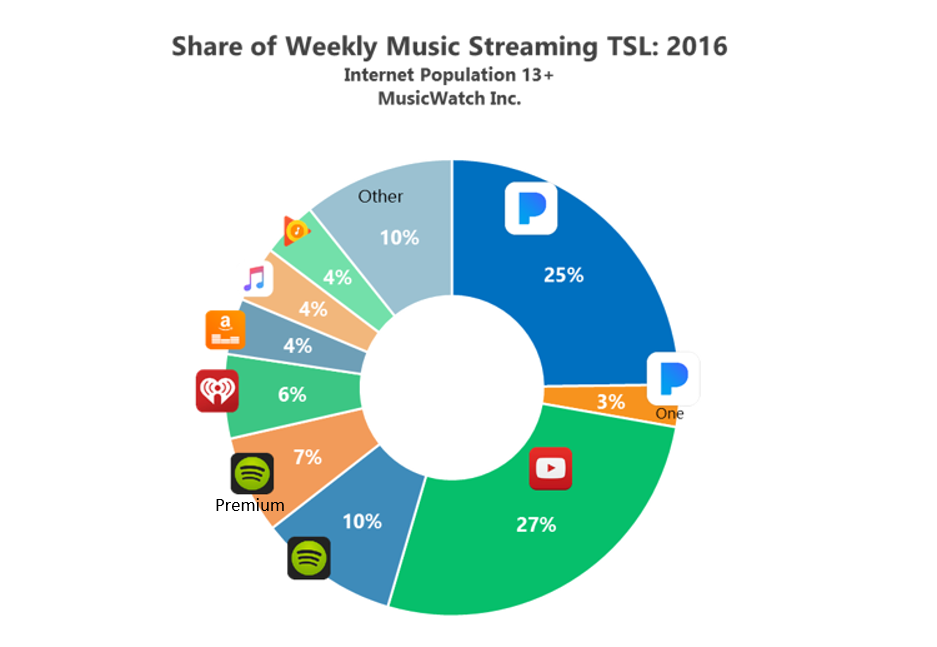 MusicWatch based the statistics on monthly consumer surveys contracted from third party suppliers. The results were then weighted and projected to the internet using population aged 13 and older. The top three services make up 72% of streaming music hours. In 2016, weekly music listening averaged just over 21 hours.

Apple Music, combined with free listening on Beats 1, only scored a 4% share. On the other hand, Spotify’s paid subscription service, Spotify Premium garnered a 7% share. Amazon recently introduced Unlimited, and made huge gains with their Alexa-powered Echo devices during the past holiday season. MusicWatch expects Amazon Music Unlimited to “have a big impact on the 2017 streaming landscape.” However, in 2016, Amazon only ended up with a 4% share, thanks to Prime Music.

In terms of overall music listening, consumers preferred streaming from dedicated music and music video services, which scored a 28% combined share. AM/FM radio is far from dead, as it came in second place with 24%. Physical CDs and digital downloads continued their steep decline, as they both, along with vinyl, ended in last place at 23%. MusicWatch’s streaming numbers don’t include streams from social media services or artist websites. 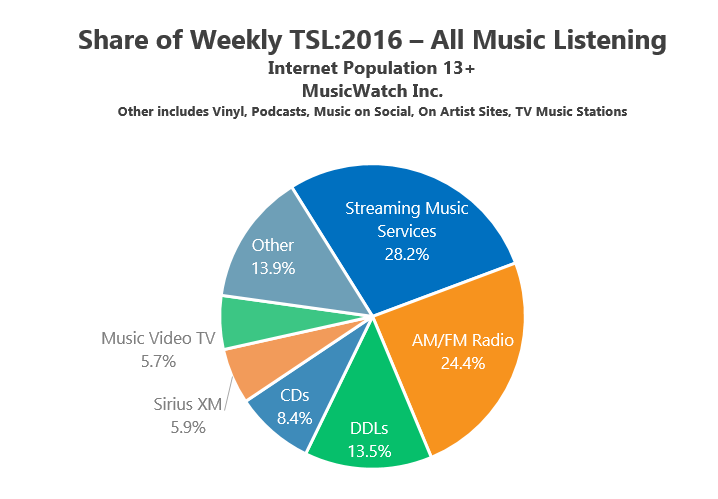