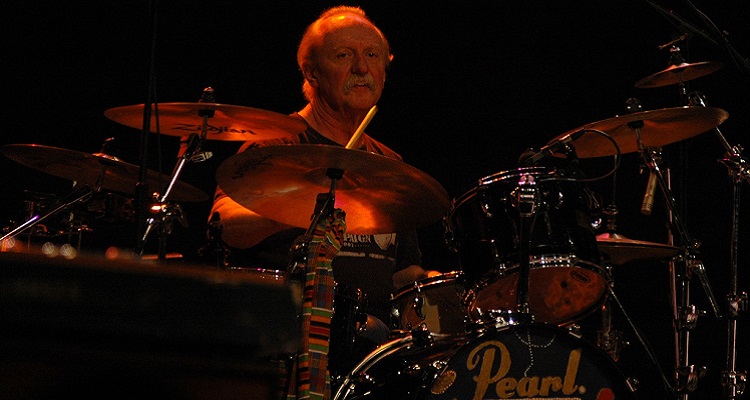 Allman Brothers’ Butch Trucks committed suicide on Tuesday in front of his wife.

Butch Trucks, drummer and co-founder of the classic rock group Allman Brothers Band, died on Tuesday.  He suffered a gunshot wound to the head in his waterfront condo in West Palm Beach, Florida.

The details of the situation sound grisly. Trucks shot himself in front of his wife of 25 years, according to the Daily Mail. Police in West Palm Beach and the group have apparently tried to keep the suicide hidden.

Official transcripts show a frantic call made by Trucks’ wife, Melinda, at around 6:00 p.m.  Although unidentified, the transcript describes the woman as “hysterical.”  Using Trucks’ real name, Claude, Melinda reportedly told the dispatcher that her “husband just shot himself” with a pistol.  The dispatcher noted that she witnessed Trucks pulling the trigger.

The transcripts describe the chaotic scene,

“As several squad cars rolled toward the apartment building, the caller continued talking to the dispatcher although she was so distraught she couldn’t speak in complete sentences.

Trucks suffered a gun shot wound to the head, the caller said. At that point, the caller wasn’t sure Trucks was still breathing.

The dispatcher then radioed the officers that Trucks’ wife, painter Melinda, and a son were waiting for police in the hallway outside the condo. Trucks had two adult children, a daughter and a son, Atlanta-based musician Vaylor Trucks.”

When police arrived, Trucks could still breathe.  However, he soon “expired” seconds later.  The dispatcher concluded the call, noting a “Signal 7,” the code for a dead person.

Police refused to comment on the suicide. They put out a statement confirming that Trucks passed away in his condo. Investigators didn’t suspect foul play, but they’re still conducting an official investigation. The Palm Beach County Medical Examiner’s Office performed an autopsy Wednesday, though the results won’t be known for weeks.

Court records show the late drummer wrestled with financial problems. In 2011, he sold his prized Palm Beach home for $2 million to pay off an $800,000 bank mortgage. Federal records show the IRS hounded Trucks. Last year, the IRS filed two liens against his $500,000 condo. Trucks had to pay additional taxes for 2013 and 2014 with a total over $540,000.

The sad ending was of course avoidable, though rock stars often find themselves in deep financial holes. Sometimes, the solution is to simply put the band back together and start touring or writing new music. Or, sometimes a major lifestyle overhaul is in order, though it sounds as if Trucks was simply in a panic, and unable to practically work through the options.