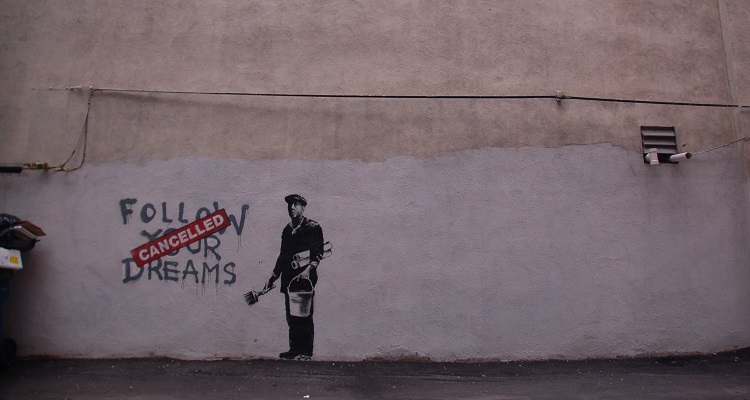 Asghar Farhadi won the 2012 Oscar for Best Foreign Film.  The Iranian-born director received another nomination for The Salesman.  Yet, the Trump travel ban prevents him from attending the gala.

Following Donald Trump’s unprecedented travel ban on seven countries, Americans and those living abroad have had their lives changed.  Yet, this doesn’t only affect normal citizens.  Musicians are affected as well.  In fact, the travel ban could dramatically alter the landscape of international music festivals.

The annual conglomerate of film, interactive media and music festivals will take place in Austin, TX starting March 10th.  The event hosts hundreds of foreign bands.  Although this year’s approved list of live performers don’t feature artists from the affected countries, SXSW is investigating how the travel ban could affect its participants.

Other, ‘non-official’ artists may be affected.  Beyond that, attendees and executives may be unable to attend, based on travel complications.  At this stage, most are attempting to sort through the complexities of what that may be.

SXSW has already issued a statement on the matter:

“SXSW is alarmed by the Trump administration’s decision to ban citizens of seven predominantly Muslim countries from entering the US.  We stand against discriminatory laws and unequivocally support civil rights for all persons everywhere. Participation by speakers, artists, and filmmakers from around the world is crucial to the creative mix of ideas that makes our event meaningful.

“We are working to understand how the ban will impact our participants and how we can use our voice to support those directly affected by this executive order.”

The Kazakhstan-born and internationally famous violinist Aisha Orazbayeva cancelled her upcoming concert in Chicago. Frequency Series had to announce the cancellation on Twitter.

Regret to announce @AishaOrazbayeva has canceled her 2/5 Chicago concert, but we support her act of protest of Trump’s despicable ban.

Outraged, the London-based violinist attributed the cancellation as a protest against Trump’s travel ban.  She also cancelled other US concerts as well.

Cancelling concerts in US because of the #MuslimBan. Why can I enter when Syrians can’t? What’s the difference? They seek help & I entertain

Kinan Azmeh has ‘extraordinary abilities’ when playing the clarinet.  Most recently, he toured with famed cellist Yo-Yo Ma.  He also has a home in Brooklyn.

Yet, he grew up in Damascus, Syria.  And that’s a problem, especially because he’s currently outside of the America.

Azmeh told the Associated Press that he isn’t sure if the U.S. government will allow him to travel back to the States.  He currently holds an EB-1 visa for “extraordinary talent” and has lived in the United States for 16 years.  He has several tour dates set for this year in the States.

The Iranian producer has been getting a lot of buzz, and just finished a successful 2016.  Unfortunately, he will be unable to tour, collaborate, or otherwise create in the US for at least a few months.

Kooshanejad offered the following statement to Rolling Stone on Monday.

“Growing up in Iran, we spent our entire lives caught in the middle of a conflict. Everyone was discriminated against for no reason other than that we were Iranian. But this is time it’s worse, because it affects refugees, who are in immediate danger, as well as scholars, technology executives and everyone else. It’s not a new thing for us. The difference this time is that I’m really fed up. It’s a straight-on slap in the face. I want to speak out because it’s not just about me anymore; everyone is involved. People have to realize that the entire population of a country like Iran isn’t involved with terrorism or radical Islam or whatever they’re afraid of.”

LA-based, Iranian-American concert promoter Shari Rezai is now concerned her entire business will be shut down.  Rezai specializes in tours involving Iranian artists, with visas typically taking 4-6 months to authorize.  Now, those are all frozen.

“They understand that we have no choice and we do tell them, Let’s wait and see what happens. And we’re not giving up. This is so, in my view, unconstitutional. And there are lots of lawsuits against it, so hopefully it will get resolved and we can all get back to business. And the artists can create and come and heal our souls.”

The Oaxaca, Mexico-based dance troupe from Instituto Blaise Pascale S.C. has canceled a series of performances in California.  The group, which consists of middle- and high school performers, actually canceled after the election of Donald Trump.  That is separate from the recent travel ban, but may be the first of a number of cancellations from Mexican artists.

The cultural exchange tour, coordinated by Neighbors Abroad in Palo Alto, was nixed based on concerns from parents.

“I think it’s the fear of a mom or a dad thinking it’s their child up here and they’re 4,000 miles away, and what’s happening here is something that they have no control over,” Neighbors Abroad president Bob Wenzlau told CBS SF Bay Area.

Separately, we’re also hearing that tour cancellation insurance could spike dramatically for global tours.  That may depend on who’s in the group, and where the group travels.  But we’re expecting lots of cancellations and disruptions ahead.

We will update this list as we receive more information regarding affected artists and tours.  Please fill us in on any cancellations below!