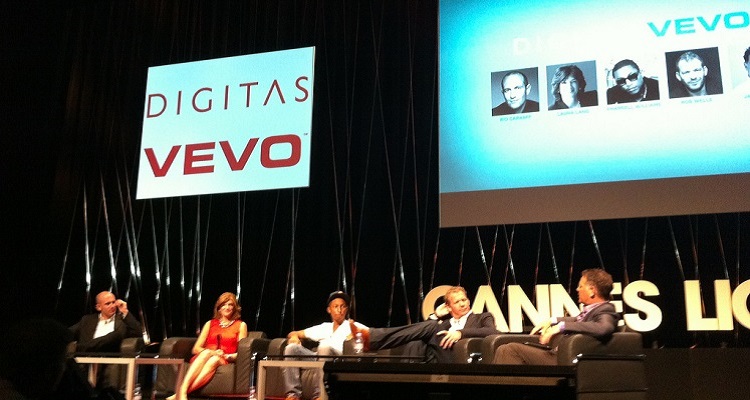 At least 97 million Americans watched one Vevo music video in October 2016. That’s according to new numbers from comScore’s Video Metrix. The numbers include YouTube mobile viewership.

YouTube continues to play a large role in Vevo’s numbers. 43% of all YouTube viewers in the United States and the United Kingdom watched a Vevo video within the Google platform during the same period. Previously, third-party estimates only accounted for desktop viewing. This time, the numbers show 58% of Vevo’s audience only accessed the service through their smartphone or tablets.

MBW and Variety estimate that with the American population currently at 324.4 million, roughly 1 out of 4 Americans watched music videos through the service. The company now has more than 400 million active users around the world. The United States now accounts for almost 25% of the total monthly usage.

“Very quickly our industry will have to reconsider the notion that mobile devices are a ‘second screen.’

“58% of Vevo viewers measured by comScore are exclusively reached by phones and tablets – these devices are the first and only screens used for a majority of our audience.”

The news doesn’t surprise Vevo. People who watch Vevo spend 40% more time on their tablets and phones than they did in 2015. Zapata also added,

“Second, thanks to ground breaking research conducted with Nielsen in 2016, it’s been confirmed that Vevo reaches up to 25 million viewers in a single day, which is comparable to a top 5 television network.”

So far, the company has strengthened its position in the video market. Last summer, Vevo looked to secure up to $500 million for “aggressive international marketing.” The strategy appears to have worked. Vevo’s numbers outclipse Spotify’s numbers which currently stands at over 40 million.