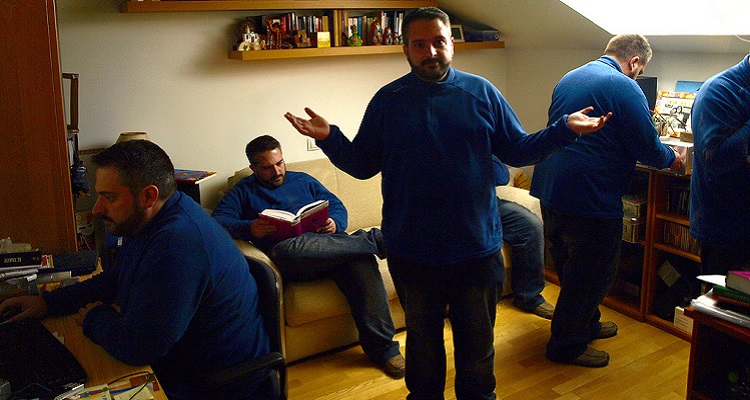 Wait. Amazon has two music streaming services? Should Spotify and Apple Music do the same? Will they gain more paid subscriptions that way?

With the launch of Amazon Music Unlimited, the e-commerce giant didn’t exactly say what would happen to Prime Music. The company has also yet to release paid subscriptions numbers for their new streaming service. Yet, at least we know how the company’s (former?) Prime Music is doing.

Parks Associates released new research that points to very good news for the e-commerce giant. Most paid streaming music services experienced an increase in subscriptions in 2016. Amazon Prime Music, however, led the market with 15% of U.S. broadband households opting for a paid subscription through Prime. This represents a 50% increase in paid subscriptions for the service from 2015 to 2016.

In even more good news for the company, 28% of U.S. broadband households subscribe to Amazon Prime Video. Glenn Hower, Senior Analyst at Parks Associates, said that this number “likely reflects actual usage of the streaming music portion of Amazon’s service.” He added,

“Amazon’s bundled service model has been a successful strategy in boosting the company’s status in multiple content verticals.”

“One-third of U.S. broadband households now subscribe to a paid streaming music service, up from 26% in 2015.” 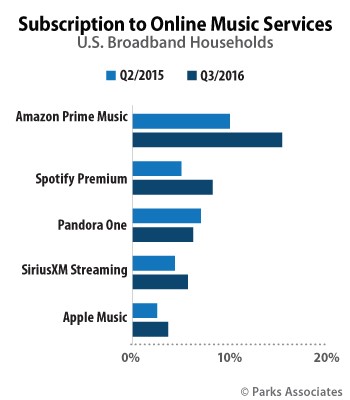 In 2016, Spotify nearly doubled its subscriber base. Paid subscriptions in U.S. broadband households jumped 3% to 7%. In 2015, Spotify owned a 4% share. The numbers still lag far behind Amazon, however.

The data shows that U.S. households with broadband prefer to pay for paid music streaming. Consumers “have been swayed to pay for services that offer commercial-free listening, on-demand content, and expanded libraries.”