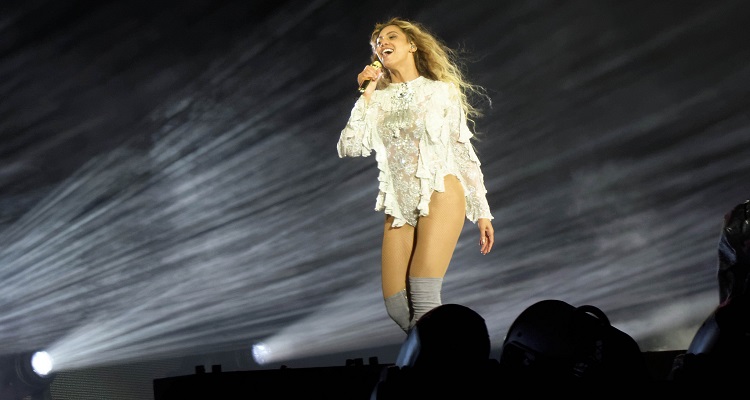 Did Beyonce sample Messy Mya’s voice and lyrics without permission? His estate believes so.

The lawsuit accuses Beyonce of exploiting Messy Mya’s after his brutal slaying.  And, betting that nobody would chase her down for stealing his music.  According to the lawsuit,

“Defendants, Mrs. Carter…and others distributed, publicly performed and otherwise used and exploited the…voice, words and Anthony Barré, without authorization in the extremely popular ‘Formation’ master recording…in the video DVD of the ‘Lemonade Album,’ and in theatrical and other performances.”

The suit claims that Beyonce used Barré’s voice, performance, and words to create the “tone, mood, setting and location” of the New Orleans-themed Formation video. Specifically, Beyonce lifted Messy Mya’s voice and words from his protected works A 27 Piece Huh?. She also “exploited important and recognizable” portions from Booking the Hoes from New Wildings.

Live performances from the “Formation World Tour” also include the “unique and original vocal sample and words.”

“There should be no doubt that Anthony Barré’s unique, gravelly voice, cadence and words were sampled by Defendants.”

The lawsuit is surfacing a few months after serious allegations of worker exploitation by Beyonce’s Ivy Park clothing line.  According to allegations surfacing in May, Beyonce’s ‘female empowerment’ clothing line is actually paying Sri Lankan women roughly 54-cents an hour.  Some Ivy Park items fetch as much as $300 at retail outlets in the US and other industrialized nations.

Back to the current imbroglio, Messy Mya rose to fame thanks to social media.  He posted popular YouTube videos where he rapped, roasted friends, and made fun of strangers at malls. However, Anthony Barré was shot and killed in the Seventh Ward in New Orleans. The news went viral after a photo of Barré corpse lying down in a pool of blood surfaced. One person, Jason Hamilton, was arrested in connection with the shooting. He spent three years in jail. He was released after a judge dismissed the case when exculpatory evidence surfaced. So far, police haven’t made any new arrests in connection with Messy Mya’s murder.

Several fans viewed Messy Mya’s sample as an homage to the late rapper. However, according to the lawsuit, the estate unsuccessfully tried to contact Beyonce prior to the suit. The estate will also submit the audio and video recordings of Lemonade and Formation to the court on DVD.

The lawsuit asks for $20 million in damages.

You can view the document below.