Playster Combines Spotify, Netflix, Books, and Games for Half the Price 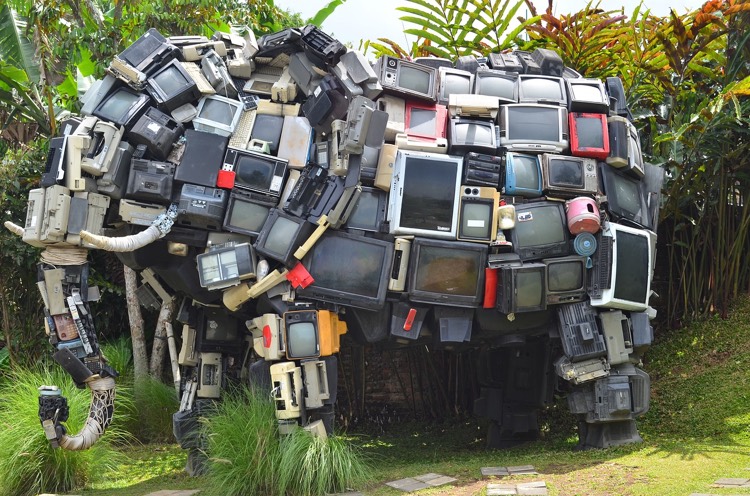 Before we jump in, we wanted to give a huge shout to Playster for making this article possible.  Playster is a company pushing the forefront of consolidated media experiences, with a lot of innovations to share.  Right now, all DMN readers can grab a free trial of Playster, here.  You should definitely try this concept out.

If you’re an average, internet-connected citizen of this world, chances are you’re overloaded with media and entertainment apps.  And, paying for it, in more ways than one.

For the average American, the selection typically includes Pandora, Spotify, Netflix, Hulu Plus, HBO Go, Kindle, Sirius XM, and a myriad of others.

And that doesn’t include the smaller players, some of which aren’t so small.  Deezer, for example, remains a heavyweight in France and parts of Europe.  A little app called ‘WIMP’ was making waves in Norway before getting acquired by Tidal.   And Apple Music suddenly has 20 million paying subscribers.

Oh, and don’t forget Amazon Prime and Alexa.  And YouTube on the free side.  And PlayStation, Xbox, Nintendo, Audible, Tidal, MGo…

Is this classic ‘option overload’?

The question is whether people are needlessly overloaded with competing services.  And, bogged down with multiple subscription payments, conflicting rules, and needless complication.

Are we ultimately paying less, engaging less, and enjoying less because of an over-abundance of apps?

You may recognize these familiar signs of mental wear-and-tear.  A credit card expires, an app stops working.  Another app is forgotten, charging your card for two years before it’s cancelled.  Selection remains spotty on another app, forcing endless jumping back and forth.

Passwords are lost.  The recovery process is complicated.  You have to pay extra for your favorite movies.  Your favorite artist has an exclusive on a service you don’t subscribe to.

Enter the recognized consumer problem known as ‘decision fatigue’.  This is an area of study that examines the effects of choice overload.  And its applications are being looked at by universities and corporations alike.

Fascinatingly, people actually have limited mental reserves for making reasonable, conscious decisions, especially those that involve resisting impulses.  It’s the reason why candy bars and celebrity magazines are in the supermarket checkout aisle.  After dozens of micro-decisions and successful resistances, consumers simply weaken and give in.

This isn’t a loose theory.  It’s scientifically proven, and also proven by the sales data.  They’re waiting for you.

But when it comes to apps, it turns out that people start to ‘shut off’ when presented with too many options.  Our playlists are narrower, our appetite for exploration shrinks, and our interest in new stuff wanes.  That might explain why certain platforms continue to rise, and consumers are steadily conglomerating around a small number of winners.

This is now the ‘new normal’ for average people.  Strewn across a tablet, phone, smart TV, and laptop, we might find the following:

And, for those so inclined, torrent and illegal download channels are oftentimes used to fill the gaps.  (And yes, there are still large content gaps that exist.)

Sure, you can argue the Google is opposed by Bing, and Facebook is being challenged by Snapchat.  But the numbers are showing a major movement towards fewer apps, and even less content.  And that includes entertainment media.  According to data released by MusicWatch, 70% of all music listening is happening on three platforms: Spotify, Pandora, and YouTube.  Add in other heavyweights like Sirius XM Radio, Apple Music, and Soundcloud, and you’re close to 90%.

In other arenas, we’re also seeing the emergence of big, all-consuming winners.  That includes Netflix and Hulu for film and TV, and Kindle for books.  People are clearly voting for less.

The ‘Netflix of Everything’

All of which introduces the next logical question: would people be willing to pay one price for everything?  That’s where investors and entrepreneurs are shifting some of their attention.  Think of it as the ‘Netflix of Everything,’ a model that conglomerates music, books, games, movies, TV shows, even comics.  Because if the 2010s were all about the proliferation of media apps and platforms, the 2020s may be about the simplification of them. 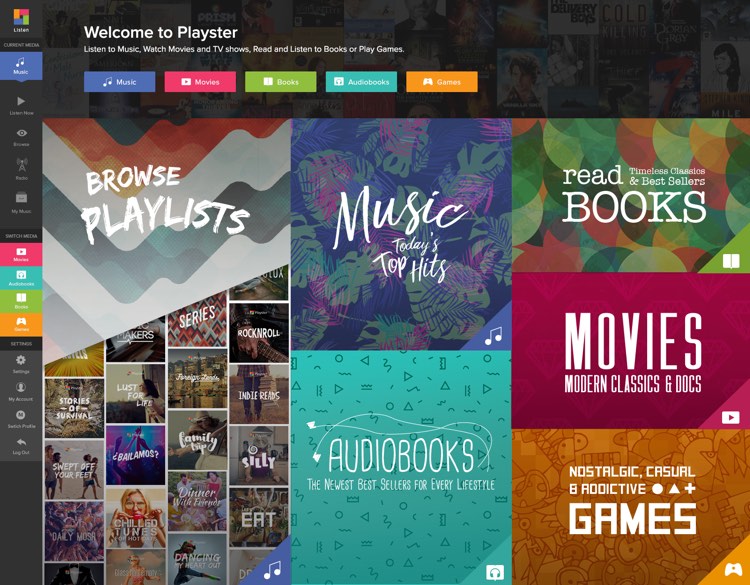 That is the major bet for Playster, a company whose mission is to simplify the massive media world.  Basically, Playster buckets major content areas like music, film, books, and games, with lower per-month payments for each.  So, a subscription for books is $9.95 month, while games is $3.95 a month.

But the real kicker is in the combo, which is $24.95 a month.  In fact, that’s where all of the strategic energy of this company is going.  Interestingly, Playster says that 50% of all single-media users upgrade to the broader media offering.  It turns out that Netflix’s bigger competition may come from a bigger offering, one that goes far beyond videos and movies.

Playster has also noticed a high take-rate among families.  One-stop, broader media offering make sense for individuals, but families are also responding to easy, multi-login plans that include everything.  That’s something that is also being pursued by single-media leaders like Spotify, though multiple family plans across multiple services makes less sense.

Basically, Playster is doing all of the same deals that single-media rivals are pursuing.  They’re just pursuing the entire umbrella.  In music, for example, that includes major recording labels like Warner Music Group and Sony Music Entertainment, plus established independent digital distributors.  Translate that dealmaking into other buckets like TV and film, and you start to get a comprehensive media offering.

There’s also a decision to bundle physical hardware.  For example, the Playster bundle includes a free tablet and headphones for those taking a longer-term plunge (a one-year plan).  That broadens the bundle considerably, and picks up where iTunes may have left off.  Because before Spotify and Netflix outsmarted Apple, iTunes was emerging as the only platform in town for music, TV, and movies.  And, all of that smartly tied into an Apple-created device, whether iPod, iPhone, or iPad.

Of course, Apple ultimately ceded serious ground to major streaming rivals.  And the world was fractured once more.  The result is a major market opportunity to recreate iTunes download dominance in the access era.  And the start of a brand-new horse race.