Anghami, The ‘Spotify of the Middle East,’ Boasts 30 Million Users 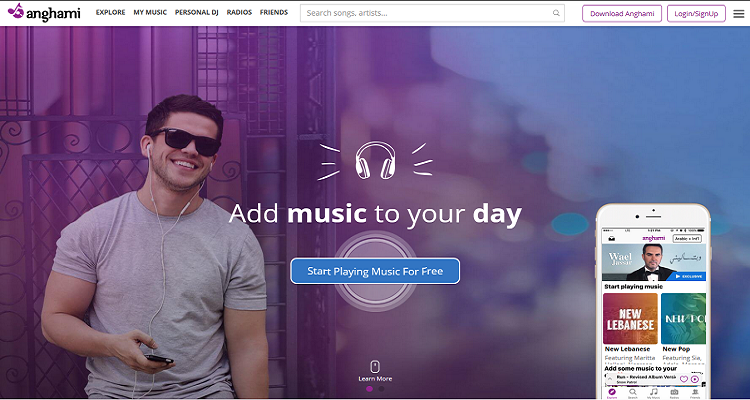 How did Anghami become the top Middle Eastern streamer? One word: piracy.

The Middle East counts with a population over 400 million. Yet, in just five years, Middle Eastern streamer Anghami has claimed over 33 million users and counting. Co-founder Eddy Maroun spoke with the BBC. Alongside Elie Habib, both men once composed novelty ringtones for Nokia phones.

“It was a silly trend at the time. I would compose the melodies.”

Meanwhile, co-founder Habib would take care of the technical and distribution side.

Since then, the company quickly transformed into the largest Middle Eastern streamer. Maroun explained how the idea came to him. At a 2010 technology conference, he wrote down one word: piracy.

“At that point piracy was killing the economics of producing music. Producers were at the point where they were making almost no money.”

Middle Eastern consumers didn’t count with a legitimate music streaming service. Piracy was the only option for people to listen to music. Maroun saw that not a single streamer had plans to launch a service there. Yet, even if they did, they wouldn’t know how to tailor music to people in each country. Maroun told MusicAlly,

“Here in the Middle East we didn’t have any decent streaming experiences. There was not legitimate places to get music digitally.”

So, Habib and Maroun both decided to run with the idea of a music streaming service.

“We had the idea that there is a need, a future and a demand [for it]. We had to go first to find out if the labels would give us the music or not – or if there was someone else doing it or not.”

Habib and Maroun combined a free ad-supported tier with a premium subscription tier. Anghami makes money from people subscribing to the service as well as advertisements. The company also makes deals with mobile phone companies.

“Internet in the Middle East is notoriously bad.  We can do nothing about it, bit by bit we realized the more we can actually work on making the music smaller while maintaining quality, the better the user experience will be.”

While music data packages are small through the app, 500MB can cost users up to $12. Users are left with two options: pay for Anghami Premium, or stream exclusively while on a free Wi-Fi network. Digital executive Moe Hamzeh understands Middle Eastern users’ problems.

“People here are not ready to pay. Subscription services are not doing well.”

“We have the local flavor…We understand the artists and the Middle East music better than the competition, 75% of our business comes from this region. The other 25% comes from the Arab diaspora.

“Even if Anghami reaches 30 million people, that only accounts for less than 10% of the population.”