Pink Floyd’s ‘The Wall’: Coming Soon to the US Mexico Border 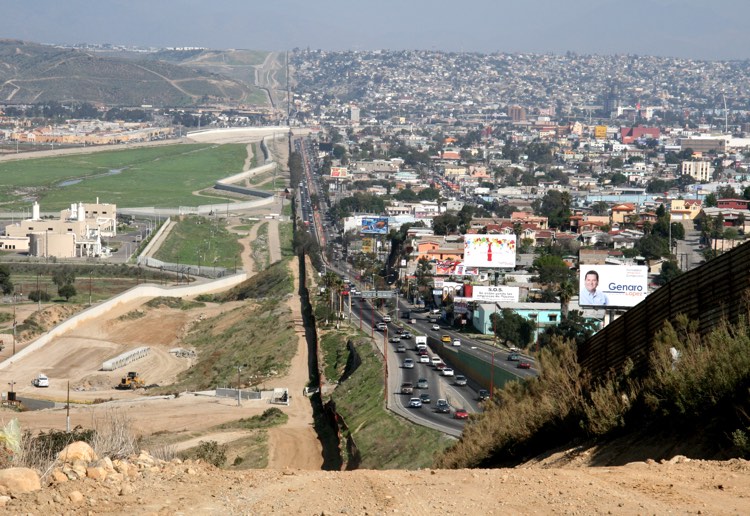 US-Mexico Border (San Diego to the left, Tijuana to the right).

Roger Waters has been an outspoken opponent of President Trump.  Now, he’s considering his biggest protest yet: playing Pink Floyd’s ‘The Wall’ at the US Mexico border.

It was performed at Berlin Wall, or what was left of it.  And Roger Waters hopes to do the same at the US Mexico border.  In comments to AFP, Waters said that Pink Floyd’s seminal The Wall would send a strong message to the new administration.

The Wall itself was never about a concrete structure, but it’s message soon attached itself to actual borders.  “[The Wall is] about how detrimental building walls can be on a personal level, but also on broader levels,” Waters told the AFP.

This is still in the earliest stages of planning, though Pink Floyd drummer Nick Mason would likely join the effort.  “But before this can happen, there will first need to be an awakening against these far right policies,” Waters relayed.  “The sewers are engorged by greedy and powerful men as I speak to you.”

At this stage, it’s unclear when construction on a wall between the US and Mexico will begin.  Donald Trump has pledged to make Mexico pay for the construction costs, though Mexican president Enrique Peña Nieta has flatly refused.  Meanwhile, construction estimates are soaring towards $25 billion, as issues of practicality settle in.

That makes the timing of Waters’ concert uncertain, though protests are already happening.  That includes a ‘human wall’ created by thousands of protesting Mexicans, one that reached nearly a mile in length.  Expect those protests to increase as construction crews start work, and a welcome platform for Waters and The Wall.

Here’s Roger Waters performing ‘Another Brick In the Wall’ in 2007 as part of the ‘Live Earth: The Concerts For A Climate In Crisis’.