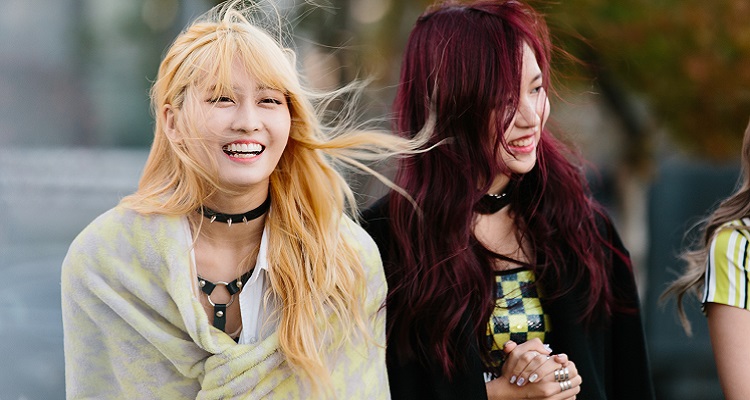 If CDs are dead, apparently Kpop bands like TWICE and even Ari Herstand haven’t heard the news.

You’ve seen the financial results. After the end of each financial quarter, music labels post disappointing news about physical-format sales. CDs, along with digital downloads, are no longer hot items in the market. In fact, Midia warned that thanks to streaming,

“…The impending CD collapses in Germany and Japan all mean that it would be unwise to expect recorded music revenues to register uninterrupted growth over the next 3 to 5 years.”

Melting secured the second spot on Soribada, Mnet, and Olleh music. On Naver Music, Genie, and Bugs, Melting ranked within the top five.

Other Kpop artists are also doing well with their CD sales.

So, why are CD sales declining across the United States and Europe, yet doing so well in Asia? One just has to take a look at how Asian music labels are packaging CDs.

Music executives often tie CD and single purchases with exclusive artist meet-and-greets. Buy the CD, and you can meet a Jpop artist or group member for 10 minutes and have your CD signed.  If you don’t buy the CD, you can’t meet the artist.

While allkpop dismissed the J.Y. Park shot as a probable hoax, over on boards.net, user levelgrind posted information on Twice’s albums. They include collectible photocards for fans.

Album comes with a CD, garland and 32-page photobook.

(Taiwanese press comes with two random cards out of 12; one red card and a group card. These have square corners.)

Album comes with a CD and in two editions, pink and mint; each have a different  garland and 72-page photobook.

Album comes with 1 of 9 CD plates and in two editions, apricot and neon magenta; each have a different photobook, sticker and a set of photos.

The pre-order edition comes with a set of 9 cards and limited edition poster.

On board.net, Kpop fans went on to write about the collectible cards. Some griped about the overwhelming quantity of cards. Others had yet to figure out how they would collect all the cards.

Alternative Yet Controversial? Forms of Making Money in the Music Industry.

Shute also explains how young bands in Japan have come up with new ideas to generate even more money. Some leverage personal relationships with fans by selling single Polaroid shots of themselves. Others receive mitsu (slang for money) from fans. Japanese fans often send letters accompanied with mitsu.

Band members may even ask fans for clothing and instruments they need via social media. Going further, fans can also attend uchiage, or drinking parties. The sponsors as well as the bands receive a percentage of drink sales.

Business practices don’t stop there. If things go further, according to Shute, a “lucky” fan may become a mitsukano (derived from kanojo, which means girlfriend). The mitsukano may provide regular payments for dates.

Yet, these “business tactics” are not without controversy. Music executives as well as Jpop artists have faced accusations of manipulating fans through mitsu and other demands. Some top bands follow the rule of tsunigari, which disallow relationships between fans and bands. However, in the western music industry, marketing to obsessive fans is a common thing. Shute cites VIP tickets as a classic example. He writes,

“Having a social connection with an artist that you admire is one thing that can’t be digitally copied…After all, musicians have to feed themselves somehow.”

Shute’s article goes on to discuss the future of music in Japan, which may include robots. Yet, as South Korean bands as well as Japanese bands find success through collectibles, will the West find new ways to sell CDs? Or here in the States and in Europe, are CDs just as good as dead?