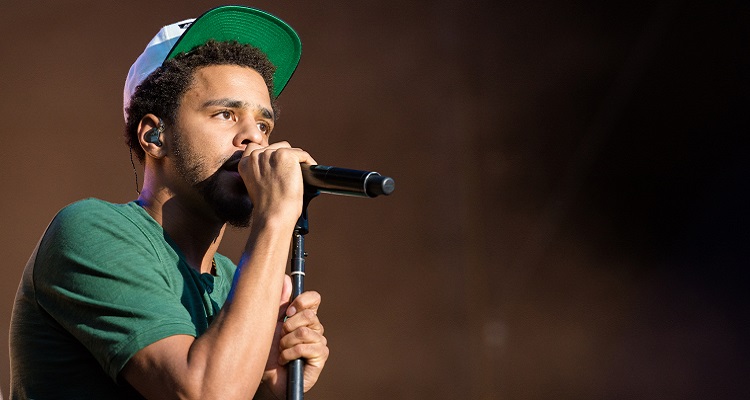 When you’ve sold out of J Cole and Midnight Oil tickets, do as Ticketmaster does: redirect fans to an official Resale ticket site, then, overcharge them by up to six times the original price. (Oh, and don’t forget to completely deny it.)

The popular North Carolina rapper will perform in Auckland in December. Tickets went on sale midday in New Zealand over at Ticketmaster New Zealand. As expected, tickets sold out almost immediately on the official Ticketmaster website. Yet, what the international ticket seller did next sparked a vicious outcry against the company.

To appease fans, Ticketmaster redirected potential buyers to its official Resale site. Fans quickly found prices advertised for more than $1,000 in New Zealand, or $723 here in the US at current conversion rates. The prices jumped more than six times their original price. The tickets originally sold for $120 in New Zealand, or $86 US.

Outraged, fans took to Facebook to express their rage. One person wrote,

“Ticketmaster we hate you. Was waiting since 11.45am, went onto the tickets right on the dot and it says that nothing matches my search for any of the tickets. Doesn’t make sense. And the re-sales are $653 each for GA.”

Ticketmaster quickly defended itself. It told fans that no, it didn’t redirect fans to the Ticketmaster Resale site. Instead, buyers simply went to another re-sale entity. It was not, as some said, encouraging scalpers to supply Resale.

Fans quickly refuted Ticketmaster’s allegations, however. User Loverose A. Paese took a snapshot and posted it to Ticketmaster’s New Zealand page. The mobile shot proves Ticketmaster itself tweaked prices and offer them to potential buyers. 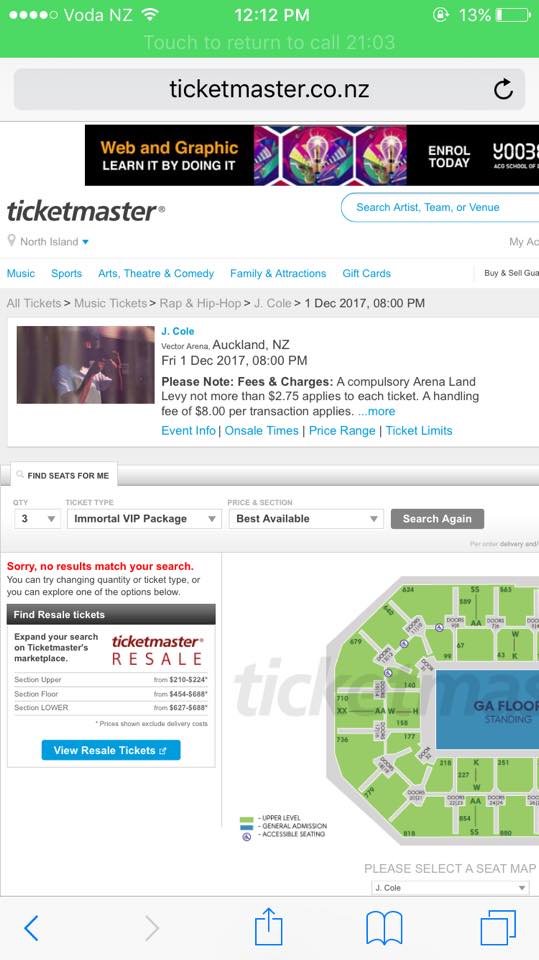 “I left a comment … I said that this is totally unfair. The people who genuinely want to attend cannot – and if they do they have to buy over-priced tickets on the resale site.”

“Unfortunately there are always going to [be] some disappointed fans who can’t get hold of these highly sought-after tickets…We never place tickets on secondary market sites. Ticketing marketplaces are dynamic and prices change in line with demand…With high profile events such as J.Cole, tickets are sometimes listed at prices higher than the face value. Tickets very rarely sell at these elevated prices though, with many selling at face value or below the original price.”

J Cole fans weren’t the only ones suffering exaggerated resale ticket prices. Tickets for Australian rock band Midnight Oil went on sale Monday afternoon. Yet, just as with J Cole, tickets quickly sold out. Per Australian site The Music, Midnight Oil floor tickets originally went for $142 each ($109 US.) Fans found the tickets on-sale at the Ticketmaster Resale site for up to $573.85 ($441 US.) Others found the tickets for up to $632.49 ($489 US.) 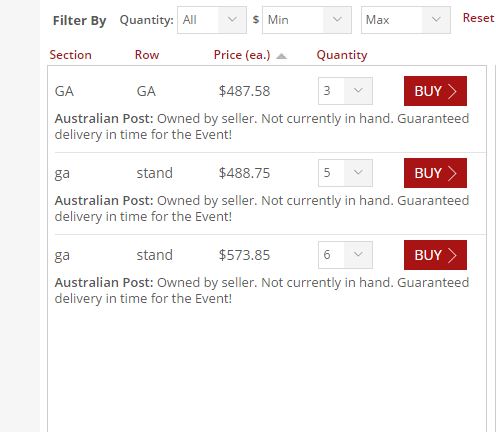 Screen grab by The Music AU

Ticketmaster has yet to officially comment on its Resale prices.