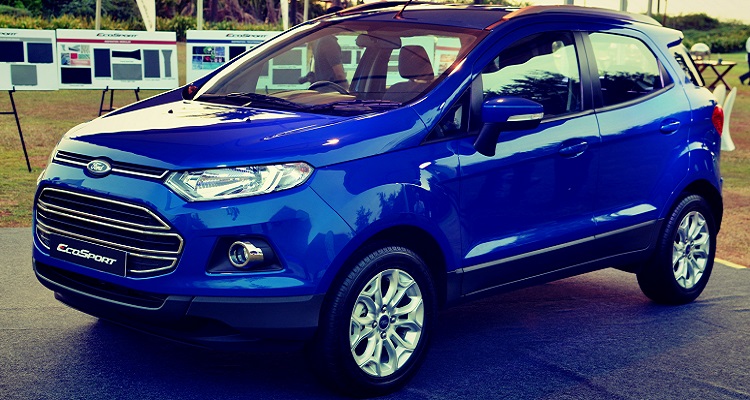 With Ford, Toyota, and Honda now building vehicles without the tradition CD player, will other automakers follow suit? Do automakers now consider the physical format dead?

Ford will build their 2018 EcoSport without a CD player for the first time in 25 years.  NPR, who first broke the news, cites the immense popularity of both video and audio streaming among younger consumers.  Time and time again, new studies point that these consumers prefer subscription services over traditional formats like the CD.

CD sales are falling in Western countries, whereas in the East, CD sales are booming.  So, what will take the traditional CD player’s place?

The 2018 Ford EcoSport will feature a touchscreen streaming console.  Passengers and drivers will have access to streaming services through Apple CarPlay and Android Auto.  The console will also include SiriusXM, multiple USB ports, and power outlets.

For those who use multiple devices, the EcoSport will include a storage bin.

NPR also reports that Ford will introduce Live TV to the 2018 Expedition.

Then, there’s the audio component.  Ford recently teamed up with Bang & Olufsen, announcing their partnership in a September 2016 press release. The  B&O Play Premium Audio System will take advantage of Harman technologies to deliver “a richer, more engaging listening experience.”  The automaker will also bundle the B&O Play Premium Audio System in the EcoSport and Expedition.

“Customers tell us they value consistent, high-quality audio experiences, and our collaboration with Harman is helping provide that.  This is just one of the ways we are creating richer, more engaging in-vehicle experiences for customers.”

So, with Ford now manufacturing CD-less vehicles, do automakers consider the format dead?

“Because cars don’t have CD ports anymore doesn’t mean that the CD is going to go away.  There’s still value in those CDs. There’s still a reason to hold on to that collection.  At least for me there is.  I’ll always own a CD player just in the same way that I will always own a turntable.”

“When you talk to car executives, they see the future of self-driving cars as these mobile entertainment pods with whatever entertainment you want.  So CDs, maybe even 8-tracks, even streaming Tiny Desk Concerts.”