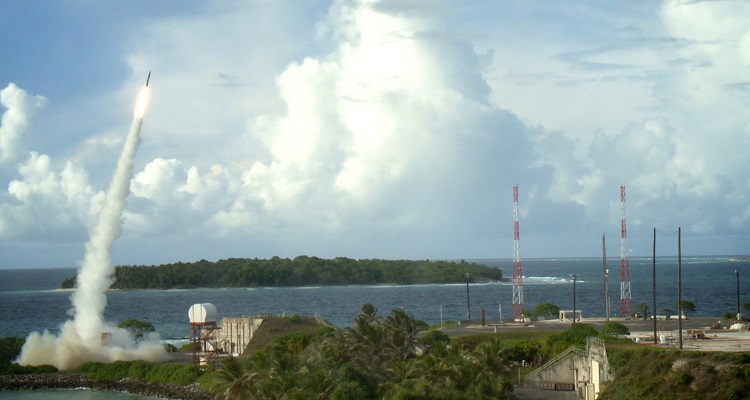 US Missile Defense Agency (CC by 2.0)

With South Korea building a joint missile defense system with the US, and China’s growing opposition, the real victims appear to be Kpop artists like EXO, BTS, Girls’ Generation and [insert your favorite KPop artist/band here.]

Several months ago, I touched upon a growing conflict across the Pacific Ocean.  China banned any and all Kpop (and hallyu) in the country.  China performed the controversial move in retaliation for South Korea’s joint partnership with the US to build THAAD.

‘Hallyu,’ which includes Kpop, refers to an explosion in Korean culture, with massive exportation around the world.

South Korea insists that THAAD will protect the country from North Korean attacks.  Yet, China says that THAAD is an American missile defense system that threatens the country’s national security interests.  It also exposes the country to future attacks.

“A Chinese entertainment corporation has been reportedly fined 17 million won (US$14,460) for pushing ahead with a Korean idol group concert that had not been approved by the Chinese government.  It was ordered to refund ticket buyers double the original ticket price. The entertainment company invited the Korean group and began selling tickets a month before the concert but the Chinese government refused to confirm the show.”

Now, we have numbers on how China’s hallyu sales have affected Kpop artists.  The management agency for Lee Kwang-soo, Kim Beom, and Kim Ji-won experienced a huge drop in sales in the second half of 2016.  These three stars had strong popularity in China.

In a statement to The Korea Times, Lee Jim-seong, chief of King Kong by Starship, explains,

“The company has earned not a penny from China due to the political row over THAAD.  We did occasionally receive inquiries for advertisements until the end of last year but no contract was actually signed.”

Following the ban, popular South Korean artists like PSY and Hwang Chi-yeol appeared on Chinese shows — with blurred faces. Others had their appearances edited out.

Yet, China didn’t stop there.  On February 26the, China reportedly blocked online sharing platforms that allow access to South Korean music and dramas. A warning on a Chinese website read,

“Everybody should be aware of the reason of this.”

As a fallout of China’s hallyu ban, EXO had to postpone their “EXO Planet #3” Nanjing concert in December. All concerts in China have been postponed indefinitely.

Yet, EXO isn’t the only group facing hurting sales.  Lee Kwang-so said the ban deals a huge blow to Korean stars who have depended on Chinese market income.  This includes most iconic actors, actresses, and pop stars like BTS, Girls Generation, and more.

But this gets even worse.  AllKpop recently noted that the entire South Korean entertainment industry faces a serious economic threat.

“K-pop and K-dramas are hugely popular in China, but their success in the Chinese market also puts them at risk of economic exploitation during political crises.”

Despite Kpop’s growing influence around the world, China remains one of the Korean entertainment industry’s largest and most lucrative markets.  Just recently, The Korea Times ranked the names of top-tier artists who remained active in China.

These artists “received at least two to three-fold more TV appearance fees in China than in South Korea.”

Yet, the Korean Entertainment shouldn’t despair, according to Hwang Ji-seon, chief of Mountain Movement.  Hwang says that Korean entertainers need to take advantage of this situation to enhance their competitiveness.

“There was a bubble in the Chinese market.  Korean stars need to take steps to remove the bubble and increase their competitiveness.”

Korean entertainers, according to Hwang, must find new markets.  She said that the “widening global market” benefits all Korean entertainers thanks to global online video streaming services.  Thus, they should move away from Chinese income dependency.

“We don’t see the Southeast Asian markets as being small.  They are not as big as China but have high growth potential.  If we have good content, we can export them at good prices.”