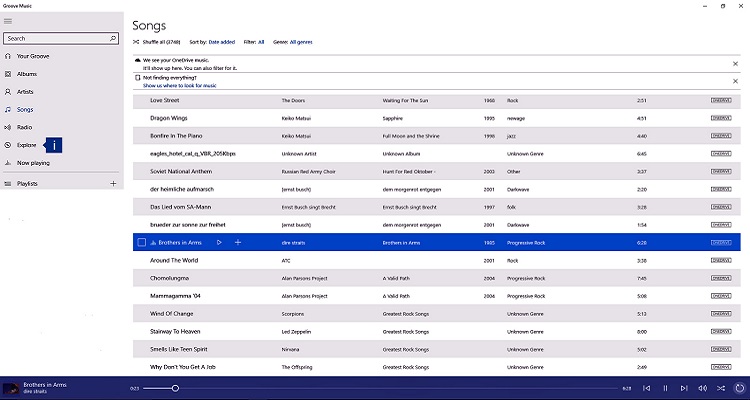 Almost one year ago today, Spotify and the National Music Publishers Association (NMPA) reached a landmark agreement. Spotify, along with a $5 million fine, would plan to ensure all works had mechanical licenses cleared.

The company, as well as other streamers, essentially lacked proper mechanical licenses.  In many cases, they were never even recognized, much less paid.

The NMPA-structured agreement would include mechanisms to improve processors for identifying and compensating writers and distributing royalties.  This would entail the construction of a matching interface created and maintained by Spotify.  The NMPA also pointed out that only publishers and songwriters participating in the settlement would receive matched funds, even amounts unclaimed by non-participating copyright owners.

So, what does this have to do with Microsoft Groove?

According to an anonymous reader, Microsoft Groove has blocked all new releases from distributors, at least without full mechanical licensing.  Since January 2016, to have a new release streamed, you have to register them through Music Reports Inc.

After writing to TuneCore, the distribution service responded with the following,

I apologize for any confusion or miscommunication on my part. Please note that your sound recording(s) may not be available for streaming until Groove is able to license certain rights in the underlying musical composition(s).  Customers can register their catalogs with Music Reports… which provides clearance services to stores.

I apologize for any inconvenience.

Please let us know if you have any other questions. We are here to help!” 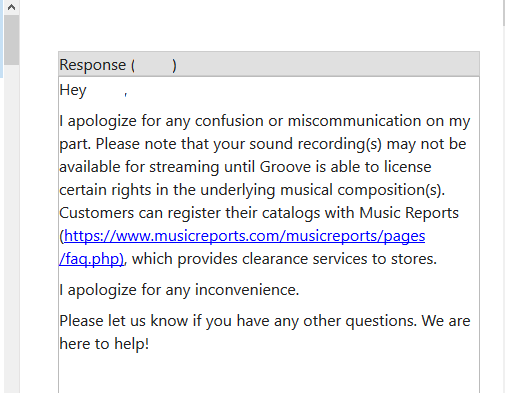 After writing to Music Reports, the rights administration platform said that clearing releases can take up to a quarter.  After registering, Groove will stream the track.  So you gotta wait three months.

As of writing, all release from distributors released January 2017 onwards are unavailable for streaming.  There’s no word yet on why the sudden change, or if the change remains permanent.

Microsoft has yet to officially acknowledge the change.