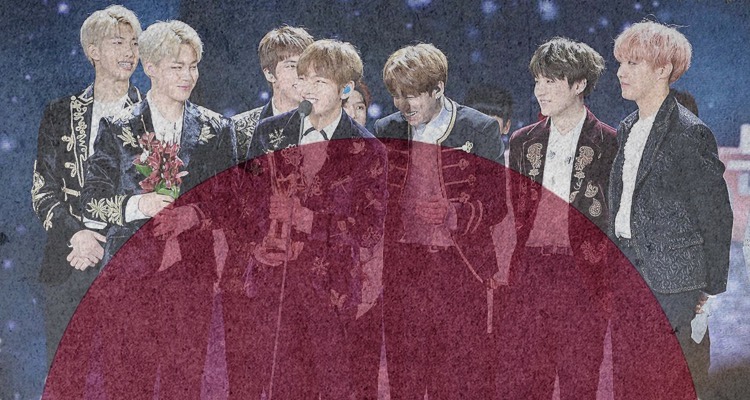 The members of BTS will not be playing the Dream Concert in Seoul this June, instead focusing on the more lucrative Japanese market.

Last week, BTS started unveiling a massive, worldwide tour that is quickly selling out.  Unfortunately, that tour is forcing the group to bypass South Korea’s Dream Concert in favor of several Japanese dates.  According to comments from BTS’ label, the group simply cannot prioritize hometown South Korean audiences due to pre-existing commitments to important Japanese fans.

“BTS will be in Japan for their tour when the 2017 Dream Concert begins, so it will be difficult for them to attend,” the group’s agency, Big Hit Entertainment, stated.

Overall, Japan represents a far larger revenue market than South Korea, across all areas.  Accordingly, the Bangtan Boys have multiple dates across several Japanese cities, starting May 30th and continuing through early July.  In fact, the group will be entirely focused on the Japanese market in June, and unable to fly back to South Korea for even a single-day performance.  Sorry Seoul!

The BTS tour of Japan starts May 30th, with three, sold-out days in Osaka.  That is followed by concerts in Osaka, Hiroshima, Nagoya, Saitama, and Fukuoka, where ravenous fans await the group.

The Dream Concert starts June 3rd, in the middle of BTS dates in Osaka and Hiroshima.  Seoul’s World Cup Stadium will host the affair, with other dedicated Kpop groups performing.

Part of the problem, according to the group, is that dedicated Japanese fans cannot easily travel to Seoul.  That means prioritization of the critical Japanese audience, which continues to surge.  “It is difficult for Japanese tourists to attend the Dream Concert,” BTS told South Korean publication, OSEN.

Perhaps South Korean fans have had enough time.  Actually, this will be the third time that the group has skipped the hometown Dream Concert, based on previous conflicts.   Separately, the group is growing far beyond their core South Korean audience, with dates scheduled in Australia, Brazil, and the US.