Google and YouTube Under Fire After Ads Appear in Extremist Videos 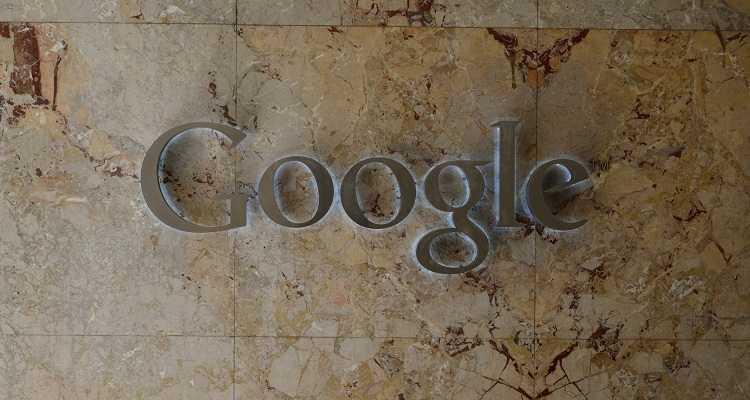 So, why did top advertising companies appear in ads for extremist, racist, and other hateful videos?

Google and YouTube are facing heat after the UK government accused the company of profiting from hateful videos.

The Times first reported that top advertising brands had appeared in extremist videos.  Google runs a blacklist to prevent ads from appearing on hateful, racist, or extremist videos, but The Times found that the ads run anyway.

The examples are everywhere.  Reporter Alexi Mostrous, Head of Investigations, first found a L’Oreal ad in Steven Anderson’s hate-filled preaching video.  Dame Helen Mirren appeared in the company’s campaign to promote the Prince’s Trust.  The charity helps empower young people to get jobs.  The UK government banned the preacher from Britain after posting a hate-filled response to a terrorist attack in Orlando.  He said,

“The good news is that there’s 50 less pedophiles in the world.” 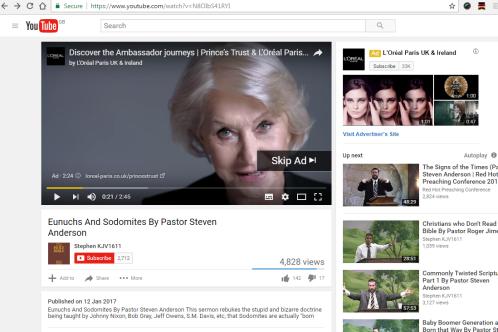 Image by The Times

Various government agencies, including Transport for London, found themselves promoted in other extremist videos.

The Times noted that YouTube inadvertently paid out extremist posters for the advertisements shown.  YouTube posters usually receive $7.60 for every 1,000 ad views.  Google of course also takes a cut.

Alexi Mostrous found that the most popular extremist videos have more than a million hits.

The Times posted an image of how Google’s DoubleClick Ad Exchange works. 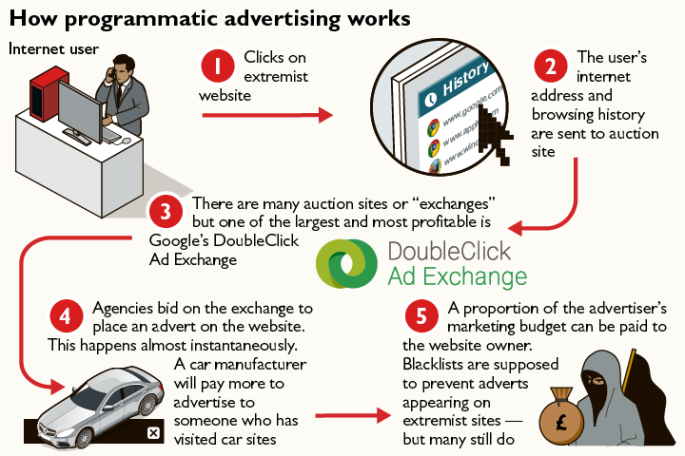 Image by The Times

“The fundamental issue is that you [Google] have to take responsibility for this as a media company.  You are not a passive digital engineer tightening the digital pipes with your digital spanner and not responsible for the flow-through of content of those pipes, you are responsible for it.”

In response to the article, major brands, along with the UK government and The Guardian, have pulled their ads from YouTube.  A French advertising group that manages O2, EDF, and Royal Mail announced their pullout as well.

The UK government criticized Google over the report. A government statement reads,

“Google is responsible for ensuring the high standards applied to government advertising are adhered to and that adverts do not appear alongside inappropriate content. We have placed a temporary restriction on our YouTube advertising pending reassurances from Google that government messages can be delivered in a safe and appropriate way.”

The government also summoned Google for an explanation.  The search giant and YouTube promised to make “significant changes” to company policies to address the problem.  A spokesman for the search giant said,

“We accept that we don’t always get it right, and that sometimes, ads appear where they should not. We’re committed to doing better, and will make changes to our policies and brand controls for advertisers.”