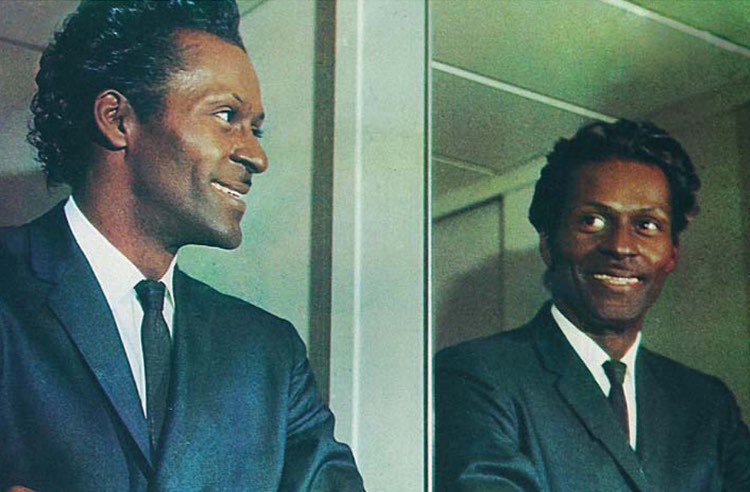 “If you tried to give rock and roll another name, you might call it ‘Chuck Berry,”‘ John Lennon once said.  Chuck Berry, considered by many as the inventor of rock n’ roll, passed away Saturday at 90.

Charles Edward Anderson Berry Sr., aka Chuck Berry, has passed away.  During the early afternoon of Saturday, March 18th, Berry was pronounced dead at his private residence.  He was 90.

The news was confirmed by the St. Charles County Police Department in Missouri.  Here’s the official statement.

St. Charles County police responded to a medical emergency on Buckner Road at approximately 12:40 p.m. today (Saturday, March 18).  Inside the home, first responders observed an unresponsive man and immediately administered lifesaving techniques.  Unfortunately, the 90-year-old man could not be revived and was pronounced deceased at 1:26 p.m.

The family requests privacy during this time of bereavement.

Already, the death is sending shockwaves throughout the world, particularly among musicians.

At first, Chuck Berry was determined to be the next Muddy Waters.  But as time passed, it became clear that Berry wasn’t the ‘next’ anything.

Despite several incarcerations and career-distracting issues, Berry blasted out a string of notable hits over his lengthy career.  The short list includes ‘Maybellene,’ ‘Roll Over Beethoven,’ ‘Rock and Roll Music,’ ‘Johnny B. Goode,’ ‘Back In the U.S.A.,’ ‘Let It Rock,’ ‘My Ding-a-Ling,’ ‘Shake Rattle and Roll,’ among many others.

Those tracks all featured Berry’s uncanny flair and showmanship, with themes that connected with teenagers of the day.  Indeed, Leonard Chess of Chess Records instantly recognized his potential, and encouraged lyrics that revolved around things like young romance and cars.

Ultimately, that sparked a far greater trend than anyone could have imagined, with budding rockers — white and black — intoxicated by Berry’s style.  This annoying little ‘rock n’ roll’ thing suddenly was more than a fad.

Chuck Berry’s influence on mega-stars like the Beatles and Rolling Stones are well documented.  Indeed, some of the greatest white rock n’ roll bands were inspired by black artists.  But amazingly, Chuck Berry was able to enjoy prolonged financial success, unlike many black musical pioneers of the era.  That continued to a fairly late age, with Berry enjoying lucrative tours featuring his massive stable of hits.