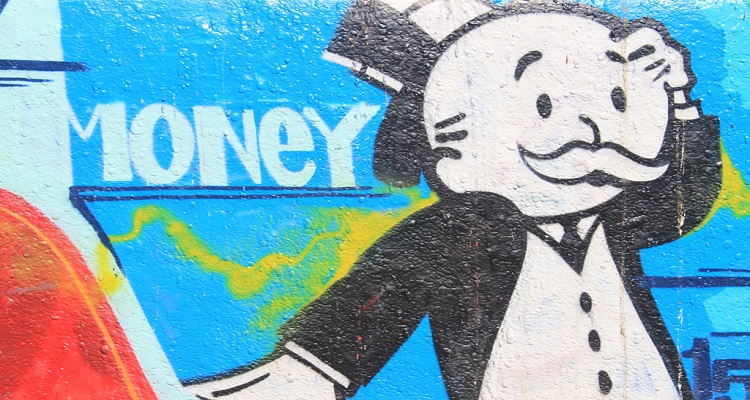 What happens when you throw $500,000 in a musician’s face?  Well, they usually take it.  But that doesn’t make it healthy for the music industry or music fans.

And so we had another giant bombshell over the weekend.  Chance the Rapper received $500,000 from Apple for making Coloring Book an iTunes and Apple Music exclusive.  We know that because the rapper told us that.

Here’s what he revealed:

“I never felt the need to correct folks on my relationship with [Apple] but now that more people have tried to discredit my independence,” Chance the Rapper tweeted.  “I wanna clear things up.

“[Apple] gave me half a mil and a commercial to post Coloring Book exclusively on Apple Music for 2 weeks.”

“That was the extent of my deal, after 2 weeks it was on SoundCloud for free.  I needed the money and they’re all good people over there.

“I feel like if I didn’t clear it up people would keep trying to discredit all the work we did to make Coloring Book what it became.”

Apple hasn’t responded.  But you can believe what you want.  We’re gonna go with Chance the Rapper.

And $500,000?  Tidal couldn’t afford that.  Spotify is strapped to the hilt.  And Apple has billions in a savings account.  Guess who wins that one?

If you’re Chance the Rapper, you’re also a big winner, for obvious reasons. And nobody can fault an independent rapper for taking the cash (especially when he then gives one million dollars to help a failing Chicago public school system).

But there are two giant groups that aren’t winning here: music fans, and the music industry.  In fact, both are getting the serious shaft.

Music fans, because the music they want isn’t available where they want it.  So, after subscribing to a competitor like Spotify, they are effectively punished for supporting the music industry.

And the music industry, because pissed-off fans feel slighted by the system and start going back to piracy.  That could be the Pirate Bay, or maybe an increasingly-vilified YouTube downloader.  Either way, the money bleeds out of a growing streaming music infrastructure, and into a piracy channel that is absolutely, positively guaranteed not to pay royalties to anyone.

Apple, you’re being a douche.  Exclusives make you look short-sighted and selfish.  The music  industry hates them.  Music fans hate them.  In fact, everyone except Apple Music subscribers and the artist you’re paying hates them.

People aren’t going to quit Spotify to get a Chance the Rapper album.  They’d rather steal it.  Instead, use the $500,000 (or $5 million) to invest in a competitive feature, a budding artist career, or a sound fidelity enhancement.

Let users decide which services wins based on features, not industry-killing exclusives.  And watch the streaming music space grow even faster than it is right now.

There’s room for more than one winner.