How to Get Signed by ‘Spotify Records’ 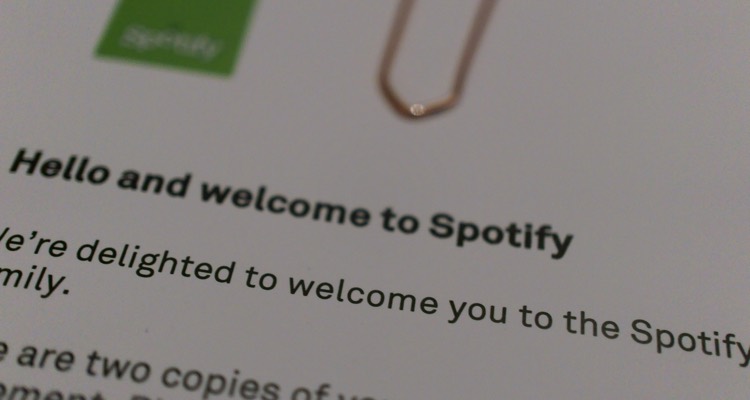 Spotify has already signed direct deals with artists.  Now, they’re likely to start signing a whole lot more.  Want to be part of the action?

Why isn’t Spotify’s CEO an internet billionaire?  That’s a question that Daniel Ek is probably asking himself every morning.  But there’s actually a really simple reason.

Actually, there are three simple reasons: Universal Music Group, Sony Music Entertainment, and Warner Music Group.  Those are the ‘big three’ major labels that are siphoning roughly 75% of Spotify’s revenues for royalty payments.  And making it impossible for Spotify to go public like Snapchat.

The big labels own the music, so they get to do that.  Those are the rules.  But Spotify is starting to think about how to work around those rules.

So riddle me this: what if Spotify started signing their own artists?

After all, Netflix films its own television series.  And once upon a time, Ed Sheeran was a another bloke walking the streets.   So was every other famous artist selling millions today.  So who says Spotify can’t (a) sign the next superstars, and (b) become wildly profitable in the process?

The wheels on this are already in motion.  No, it’s won’t be called ‘Spotify Records’.  But it will function like a modern-day record label.  And that means signing artists, financing their growth, and controlling their copyrights (instead of constantly negotiating with the major labels).

+ The Contract from Hell That You Should NEVER Sign

TechCrunch journalist Josh Constine (a good person to follow) is already spilling the beans on this.  Just this morning, Constantine reported that the streaming giant is seeking to construct ‘traditional record label-style deals with artists’. “Musicians who cut these deals could get a cash advance in exchange for Spotify owning a percentage of their recording revenues,” Constantine wrote.

But this wouldn’t work like Apple’s short-sighted, destructive cash deals with artists like Chance the Rapper.  Instead, Spotify will be feeding the streaming ecosystem, while getting away from burdensome royalty rates.

Here’s how TechCrunch further breaks it down:

“These deals could potentially come with exclusivity clauses around when and where the artists could distribute their music elsewhere, but that’s not confirmed. Apple already offers up-front financial compensation in exchange for exclusivity, as Chance The Rapper just revealed he was paid $500,000 and given a commercial to make his album Coloring Book and Apple Music exclusive for the first two weeks. Spotify on the other hand is looking into more inclusive deals that align them with artists’ long-term success.”

So how to get signed by ‘Spotify Records’?

The answer is probably similar to the way you’d get signed by Universal, Sony, or Warner.  Instead of praying for a deal, you develop your own groundswell like Ed Sheeran did.  Labels care about data these days, because it offers proof that something bigger can happen.

But Spotify is even better at data.  So they’ll be able to piece together your traction across YouTube, Shazam, BuzzAngle, Snapchat, search traffic, Pandora streams, and even piracy platforms.  If they see a groundswell or positive data trend, they’re likely to take an interest.

+ The Musician’s Guide to Winning Every Single Legal Situation

Write your own contract.

There’s a potentially huge advantage in all of this.  Spotify is probably willing to experiment with all sorts of deal structures, and learn along the way.  Maybe they’re open to deals that only involve recordings and publishing, instead of more onerous 360-degree deals (read more about those, here).  Or perhaps they’re cool with handing you back your copyrights, as long as they get a favorable licensing deal down the road (like, not 75%).

They might even be open to changing your contract down the road, to reflect newer advantages given to newer signed artists.

The only problem is that ‘Spotify Records’ hasn’t been announced. But it’s a pretty good bet that it will be in the not-too-distant future.