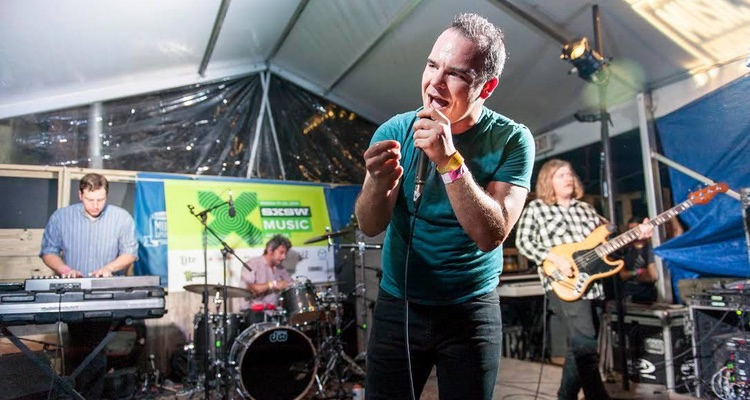 Right before my panel ‘How To Launch a Music Career From Scratch at SXSW last week,

I got a call from Forbes writer (and musician) Danny Ross to give my thoughts for his piece, “3 Reasons Why Indie Musicians are Over SXSW.” I was the balancing voice in what seemed to be a sea of disgruntled former SX musicians.

If you’ve never been to SXSW it’s unlike any other music festival.

Hundreds of Austin venues of all sizes (coffee shops, bars, restaurants, small music venues, large music venues, BBQ joints and the convention center) host thousands of bands from around the world for a week in March.  Some of these venues are “official” (officially sanctioned by SXSW with their official sponsors) and some venues are “unofficial” which basically means they are not affiliated with SXSW corporate.  But oftentimes you wouldn’t necessarily be able to tell which is which other than the fact that badges or wristbands are required to enter official venues and anyone can enter the unofficial venues.

Bands typically play anywhere from 1 – 10 shows at various venues around town during the week (at official and unofficial venues).  There is also a conference portion of the festival which hosts panels and keynotes by the movers and shakers of the industry.

The best thing about getting an official showcase is that you get an artist wristband which enables you to attend all panels, keynotes, exhibit hall, the artist lounge and any official showcase.  Artists are given the option to receive a wristband (for every member of the band) or $250 total in cash.  I’ve never heard of an artist choosing the cash option (because that would be, frankly, idiotic).

There is a right way to do SXSW and a wrong way.

Most artists do it the wrong way their first couple times, get burned out and return home bitching about how SXSW has gotten too corporate and everything sucks — continuing the cycle of negativity that is ever so common in local music scenes around the country.

First off, let me just give you a tip: successful people don’t stew in negativity.

So, step one: stop bitching all the time.

The wrong way to do SXSW is to get 1-2 showcases, drive straight to Austin just before your showcase (with no preparation to get industry people at your shows) and leave right after, while sulking in your overpriced Airbnb at how you weren’t “discovered” at the almighty showcase which had horrible sound and 17 people in the bar. Then spending your only time off to go see your friends’ bands playing other shitty showcases so you can all commiserate later when you’re back home.

The Right Way To Do SXSW:

The right way to do SXSW is route a tour around it (if you can).  Line up as many showcases as possible and every moment you’re not performing you’re out networking (or having members of your team out networking).  What does networking mean?  It means, if you have an artist wristband (or badge) going to as many panels as you can to learn from the experts (while taking notes), chatting with the panelists afterwards (they all stay after to chat), exchanging business cards and meeting the other go-getters who showed up the panels as well.

Don’t think anything comes from attending the panels?  Well, two years ago I attended the ‘How To Get Music on NPR’ panel where the music programmers explained exactly what kind of music they want and how exactly they like to receive it.  Directly following the panel I walked up to the music director for ‘All Things Considered,’ handed her my CD with the tracks circled that fit her format (she JUST told us).  The following Wednesday my song was played on ‘All Things Considered’ for 14 million people. Boom.

The right way to do SXSW is getting out to as many other showcases of bands you have some kind of connection to but you aren’t close friends with.  Meet the people wearing badges who showed up.  Meet the other artists in the room.  Collect business cards. Strike up conversations in line at the food trucks.  RSVP (in advance) to every “party” with free food and go eat there.  (Follow @SXSWPartyList @rsvpster and @freeatSXSW)  You don’t have to spend much money on food if you do this right.

Spend plenty of time well in advance of SXSW inviting people out to your shows.

Which people? Well, first you need to define your objectives.  Do you want an agent?  Which agent?  A manager?  Which manager?  Why?  How about an attorney?  Who do you use for distribution?  Who is your PRO?  What venues do you want to play?  Which promoters do you want to get in with? Radio stations? Everyone is there. Make a list. Hunt down contact info for everyone and email them why you want them to come to your showcase.

The reason you had a shitty time at SXSW is only because you didn’t do it right.

Can you get “discovered?” Absolutely.  Everyone in the industry is in Austin.  And they’re going around checking out music just like everyone else.  Last year when I was walking around with a manager friend of mine we were desperate for some food during a torrential downpour.  We darted into a hotel and asked the front desk where we could eat and they pointed us to their penthouse restaurant.  When we got up there a fantastic singer/songwriter was performing for a listening audience.  We stopped and listened to him and my manager friend ended up working with him and less than a year later he got a publishing deal from this manager.  We didn’t even end up getting food!

And this past Saturday at an unofficial showcase I helped curate, Angie Keilhaur, who has been kicking ass on her own for the past few years touring non-stop and releasing records and music videos on her own was stopped by attorneys, managers and agents after her 30 minute acoustic set to discuss representation.

Discovery happens. But if it doesn’t, your trip is not a bust.

SXSW is an investment in your career.  You will take an immediate financial hit (as you do when making a record), but you never know how it’s going to pay off down the road.