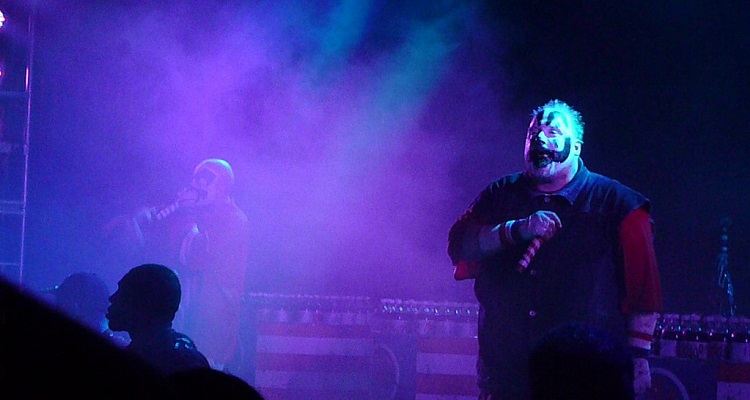 A young man smiles to his father.  He drew a picture and waited each day for him.  The young man also found some worms to go fishing with his old man.  Each day, the child would do something new to impress his dad.  One day, the young child, now a man, went off to war.  His father asked him to return safely.  But, he didn’t.

In But You Didn’t, a son speaks to his father.  Written by Ohio poet Stanley Gerbhardt, the poem shows a boy who grew up into adulthood neglected by his father.  He dies after going off to war.  But You Didn’t appeared in A Second Helping of Chicken Soup for the Soul.

According to the lawsuit, Insane Clown Posse member Violent J (Joseph Bruce) used the poem without permission.  In 2007, Violent J uploaded a video on YouTube reading the lyrics, pretending it was his.  One commenter caught the copyright and wrote,

“Oh stupid Juggalos…Violent J read this poem in Chicken Soup for the Soul and is pretending it is his.”

The term ‘Juggalos’ refer to Insane Clown Posse fans.  ICP fans had previously posted comments praising the poem as well as Violent J.  Some fans said that the poem made them cry, and others called it “deep.”

“@JuggaloFreeman91 man this touched my heart and it makes me think about the bad things ive done and how i wanna get ridnof them and start over and fix evrything and show my fammile that  i love them.”

According to the Detroit Free Press, Stanley Gerbhardt copyrighted the poem in 1993.  In the lawsuit, he asked a federal judge to have the video pulled down immediately.  The poem can be freely found online.

You can watch the video Violent J’s Poem below, still available on YouTube.

And, here’s the lawsuit.