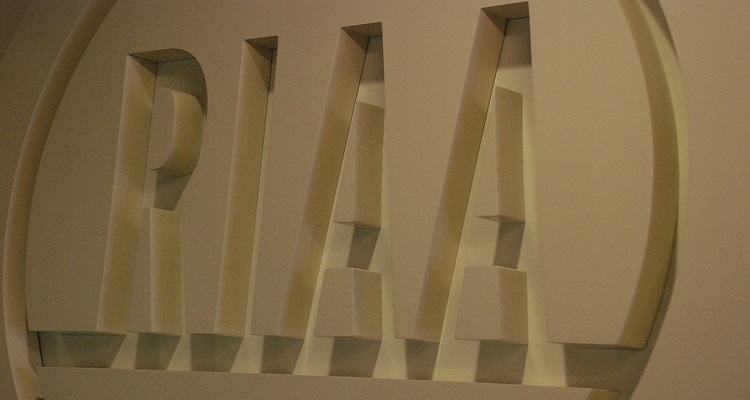 Yes, the value gap does exist, and Google proudly exploits it, says the RIAA.

Major artists, content creators, record labels, and music organizations have long accused Google of paying out poor royalties. Known as the “value gap,” Google allegedly generates billions, and pays out much less than other streamers.

“The… claim we hear is that we underpay compared to subscription services like Spotify. But this argument confuses two different services: music subscriptions that cost $10 a month versus ad-supported music videos. It’s like comparing what a cab driver earns from fares to what they earn showing ads in their taxi.”

On Thursday, the RIAA released an overview of the music industry’s 2016 performance.  Music streaming outperformed both physical sales and digital downloads combined.  Spotify, Apple Music, YouTube, and their competitors accounted for 51.4% of all US revenue.  Digital downloads accounted for 24.1%, and physical sales 21.8%. Retail revenues grew 11.4% to $7.7 billion.

“The unfortunate reality is that we have achieved this modest success in spite of our current music licensing and copyright laws, not because of them.  That’s not the way it should be.  For example, it makes no sense that it takes a thousand on-demand streams of a song for creators to earn $1 on YouTube, while services like Apple and Spotify pay creators $7 or more for those same streams.”

The RIAA blamed Google and YouTube for taking advantage of legal loopholes.  Apple and Spotify pay out higher rates, but YouTube undercuts the services by 85%, unfairly compensating musicians.

“Why does this happen? Because a platform like YouTube wrongly exploits legal loopholes to pay creators at rates well below the true value of music while other digital services  — including many new and small innovators  —  cannot.  It may be the same song requested by the user, on the same device, but the payouts differ enormously because of an unfair and out-of-date legal regime.”

YouTube hasn’t responded to the RIAA’s latest claims.  However, the RIAA looks to prepare to fight for changes in the DMCA. Through these changes, the RIAA may look to improve growth and revenue.

“A year of growth in the U.S. music business is welcome news.  It suggests that years of patiently nurturing a nascent streaming marketplace has begun to pay off.  But it does not erase 15 years of declines, or continuing uncertainty about the future.

“Nor does it absolve the urgent need for policymakers to right a host of wrongs, or to ensure that music’s outsized contribution is fairly valued.  On that front, there’s still a lot of work that needs to be done.”