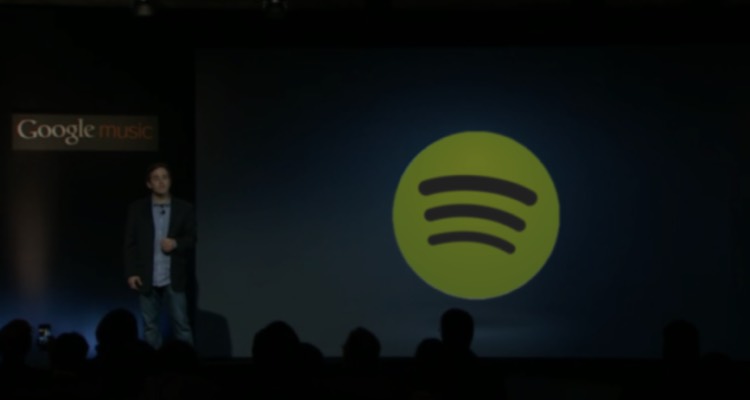 Google is now planning to acquire Spotify in a deal valued at roughly $41.1 billion in cash and equity.

The acquisition, first reported by the Wall Street Journal this morning, creates a clear frontrunner in the music subscription space.  It would also give Google a massive edge over competitors like Apple Music.

According to research emerging this week, Apple Music now has more unique users than any other streaming music service.  Apple’s rapid ascent may have rekindled the on-again, off-again acquisition talks.

The unexpected acquisition may also accelerate the upcoming combination of Google Music and YouTube.  Currently, Alphabet and its Google and YouTube subsidiaries are struggling to create a strong, premium music streaming service.  That just changed with the acquisition of Spotify, which is now reaching its 50 millionth paying subscriber.

‘The best of three worlds’

Formal signatures and filings will happen Monday.  On Saturday, key media outlets were given a preview of the deal.  “We’re thrilled to bring Spotify into our family of music properties,” Google Music executive vice president Nathan Rutherford told DMN.

“Now, we can combine the best of three worlds: Google Music, YouTube Music, and Spotify.”

Perhaps most critically, Google is planning to initiate what is being code-named ‘royalty re-engineering’ alongside the acquisition.  In one expected outcome, Google will seek to eviscerate traditional royalty payout models, while maximizing obfuscated direct-pay advertising ‘monetizations’ to Alphabet.  “We hope this game-changing approach will truly re-orient artists towards an exposure model, while we continue to pay the labels,” Rutherford explained.

Spotify CEO Daniel Ek is now likely to be praised as one of tech’s most important entrepreneurs and visionaries.  But insiders are already speaking of Ek’s ouster, based on his perceived over-spending on artist royalties.

For now, Ek appears none the wiser.  “I’m thrilled by this acquisition and the belief that Google has placed in us,” Ek offered in a statement.  “While we’ve operated as healthy competitors to this point, I think we always considered joining together.  We want to help build the future of music consumption and a place for artists to grow.”

Board member and investor Sean Parker, one of the original creators behind Napster, expressed a sense of relief and validation.  “Napster offered a glimpse into the future of music technology,” Parker said.  “Now, eighteen years later, Google is helping us fulfill that vision in the best, most powerful way possible.”

Also gaining big are the major labels, who each own a piece of Spotify and stand to gain enormously from the acquisition.  But without a juicy IPO, Goldman Sachs is reportedly unhappy with the arrangement.  “They’re only making a fraction of what they could have off of an IPO,” the source relayed.

According to dealmakers on the Google side, it remains unclear exactly what happens to Spotify after the acquisition is complete.  One source pointed to “an expensive acqui-hire,” with Google seeking underlying technology and brain-power instead of the app itself.

As noted above, Google is busily transforming its massive music platform, YouTube, into a smoother experience for fans.  YouTube has more content than Spotify, but it’s a comparative mess.  But its content is less organized, far less portable, and generally more difficult to access.