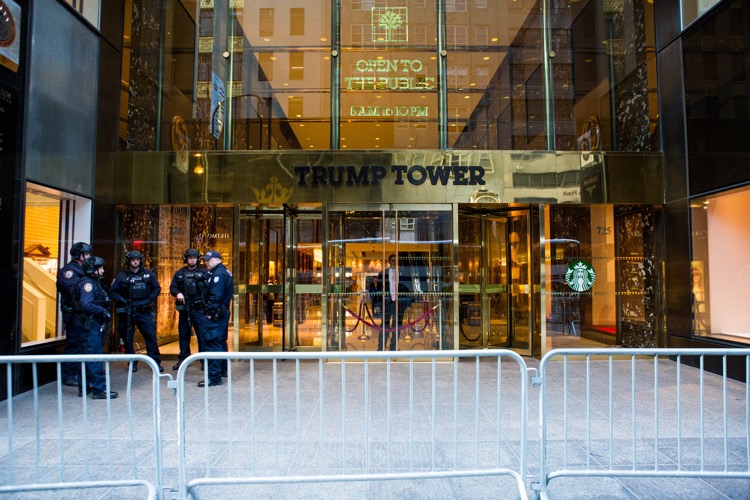 Taxpayers will pay an estimated $53 million just to protect Melania Trump at Trump Tower in New York this year alone.  That’s more than half the entire budget for all National Public Radio (NPR) programming and station costs, both of which are getting eliminated.

If you’re unhappy that the US Government is eliminating funding for National Public Radio (NPR), here’s something that might make you downright depressed.  While the US Government will save roughly $99.1 million a year by pulling funding from NPR, it’s adding more than $53 million to protect Melania Trump in New York.

After Donald Trump won the presidency, first lady Melania opted not to relocate to the White House.  Instead, the first lady decided to remain in New York, while Barron Trump finished the school year.  That’s an unprecedented decision that introduces a massive tab for taxpayers.

At this stage, it’s unclear if, or when, Melania and Barron will relocate to the White House.

That decision is causing a groundswell of opposition from angry Americans, especially as details of the security expenses emerge.  The NYPD has conservatively estimated that it costs $146,000 a day to protect Melania and Barron Trump in New York.

Those costs more than double when Donald Trump is occupying the Tower.  During the transition period alone, New York mayor Bill de Blasio revealed protection costs of more than $37 million.  The federal government has so far reimbursed $7 million of that cost.

Since assuming the presidency, Donald Trump has not returned to New York City.  Trump could elect to return to the city at any point, though he has preferred to spend weekends at his Mar-a-Lago Resort in Florida instead.

Just last month, the Trump Administration indicated that federal funding for public broadcasting would be axed.  The Corporation for Public Broadcasting is currently requesting roughly $445 million.  According to the CPB, $99.1 million of that would be dedicated to National Public Radio and its member stations.

Change.org: “Make Melania Trump stay in the White House or pay for the expenses herself”

Meanwhile, a petition demanding that taxpayers stop footing Melania’s security bill is gaining massive steam.  Already, the change.org petition is rapidly approaching 500,000 signatures.  “The U.S. taxpayer is paying an exorbitant amount of money to protect the First Lady in Trump Tower, located in New York City,” the petition reads.  “As to help relieve the national debt, this expense yields no positive results for the nation.  It should be cut from being funded.”