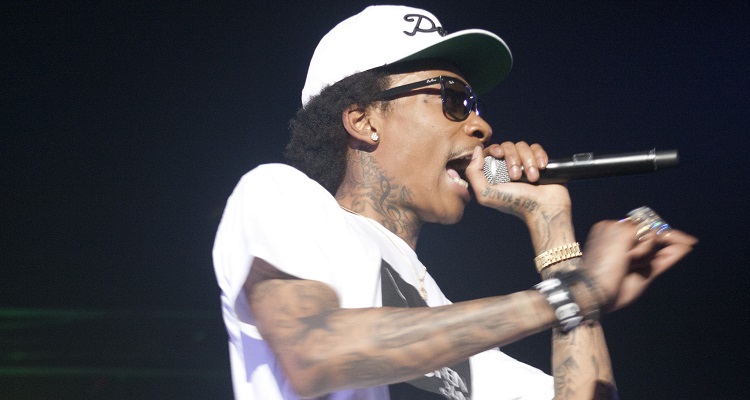 Is leaving flowers at a notorious drug lord’s grave disrespectful? For the families of thousands of victims, yes, it is.

During the 1980s and 1990s, Pablo Escobar kidnapped, bribed, and eliminated Colombians who dared challenge his narco supremacy.   In fact, thousands were murdered in a country turned drug war zone, part of an ultra-violent battle that has only recently subsided.

That bloody history is well-known to Colombians.  But maybe Wiz Khalifa should have watched Narcos on the plane ride down?

The Pittsburgh rapper just played a show at Medellin, near where Pablo Escobar grew up.  After the show, Wiz Khalifa made a trip to Pablo Escobar’s burial site.  He then posted a photo on his Instagram of the drug lord’s gravestone with several flowers and a marijuana joint next to it.

Wiz Khalifa, a prolific marijuana consumer, has had a strain of marijuana named after him.

The mayor of Medellin, Federico Gutierrez, took offense to the Instagram post.  He flat-out called Wiz Khalifa a ‘scoundrel’.  He asked Wiz Khalifa to apologize for ‘advocating crime’.  Instead, said Gutierrez, Wiz Khalifa should have laid the flowers at the grave of Escobar’s victims.

“It shows that this guy has never had to suffer from the violence inflicted by these drug traffickers.”

Pablo Escobar is estimated to have been responsible for over 4,000 deaths during the 80s and 90s.  Authorities suspected Escobar as the mastermind behind an airliner bombing that left 107 people dead. His drug cartel managed 80% of all cocaine shipped to America. Colombian authorities shot and killed Escobar at a rooftop during a shootout on December 2, 1993.

Besides visiting Pablo Escobar’s grave, he also posed for photos in front of one of the drug lord’s homes.

Reacting to the shots, several Colombians took to social media to express their outrage. One user tweeted,

“It’s embarrassing that @wizkhalifa honors Pablo Escobar. What a lack of respect with the people of Colombia:”

Another user joked in Spanish,

“And here I thought that Wiz Khalifa, a rapper who absolutely loves marijuana, came to Medellin to visit Mother Laura’s remains. Amazing.”

Following the controversy, the Pittsburgh rapper took down the images and posted a ‘half-baked’ apology.  Colombians were mostly glad the rapper was gone.

Didn’t mean to offend anyone with my personal activities in Colombia but I’m glad we came and got work done and everyone was safe. Peace and love.