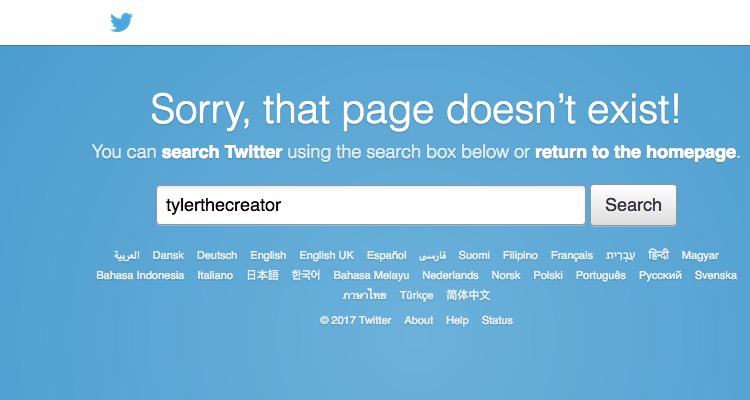 An icon of the rap world has now nuked his Twitter account.  And he’s probably happier because of it.  The deactivation happened on Tuesday, with the Odd Future founder ditching 3.7 million followers in the process.

These decisions aren’t irreversible, especially for a celebrity account.  But Tyler the Creator is undoubtedly reflecting in the comforts of a Twitter-free lifestyle, and weighing the pros and cons of jumping back in.

Tyler alerted fans of the impending shutdown, though we’re not sure if anyone was taking it seriously.  “High chance i delete this and insta, how are you?” the rapper issued in his last known tweet.

At this stage, Tyler hasn’t disclosed why he nixed his account.   But we can make some educated guesses.  And topping the list is the non-stop drain of time and attention, all of which eats resources needed to write, rap, and perform.

In the case of Selena Gomez, there’s also a considerable anxiety factor.  Just recently, the world’s biggest Instagram star admitted that Instagram made her ‘feel like s—t’.  In fact, the singer no longer has the app on her phone, and doesn’t even directly post.  Here’s what she told Vogue:

And the same might be true for Tyler the Creator.