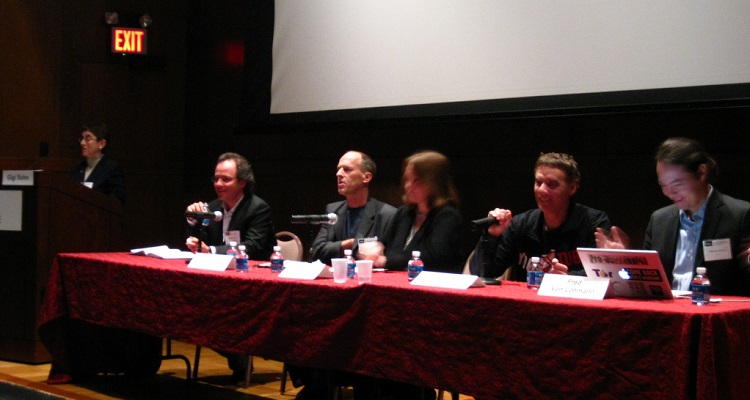 The US Copyright Office wasn’t so peachy with Maria Pallantee after all.

Back in October, newly appointed Librarian of Congress Carla Hayden ‘reassigned’ Maria Pallante to a new post.  The narrative goes like this: in an unprecedented move at the US Copyright Office, Carla Hayden, supposedly egged on by Google, suddenly shifted Pallante to a senior adviser position.

Pallante, a “defender” of the creative community, quit two days after the job move.

In addition, two former US Copyright Office heads wrote a scathing letter questioning Carla Hayden’s intent behind the re-assignment.  They wrote to the House and Judiciary Committees to consider the case.

It all sounded pretty damning.

In an unreleased Inspector General’s report, it turns out that the US Copyright Office threw away $11.6 million on a new computer system.  The office said the computer system would cost only $1.1 million.  In addition, the Office lied to both Congress and the Library to Congress about the system.

Techdirt first leaked the document.  In it, the Inspector General explains,

“Copyright did not follow sound SLDC methodologies which resulted in it scrapping the eLi project development after six years and $11.6M in project expenditures.  During that six-year period, Copyright continued to report… that eLi development was occurring near or on schedule.  Continuous failure of vendor developed software… was attributed to poor requirements and software code management, both key elements of effective SLDC management.

“Most evident in the eLi project was a lack of demonstrated project management skills.”

The project quickly turned into a complete disaster for the US Copyright Office.  However, this was never reported to Congress. Following poor mismanagement and after wasting $11.6 million, the Office quietly scrapped the project.

After her assignment as the Librarian of Congress, Carla Hayden reassigned Maria Pallante.  Pallante had led the US Copyright Office since 2011, and the project began shortly thereafter.  Pallante appears to have led the ill-fated $11.6 million project.

Furthermore, it now appears that the US Copyright Office repeatedly lied to Congress about the ongoing project. The report explains,

“Copyright executives at that time did not disclose in the Library’s performance management system… and annual Congressional Budget Justifications the magnitude of issues and cost overruns related to the project.  As a result, Congress and Library executives did not have adequate information to timely act on and address the issues.”

The report comes at a time when Congress wants to have the Register of Copyright appointed by the President.  If successful, President Trump would have the power to appoint a Register for ten years.  A joint Congressional statement declared,

“We must ensure that any new Register is a good manager and fully qualified to lead and make this office more operationally effective as he or she continues to directly advise Congress on copyrights.

“The next Register of Copyrights should be dedicated to serving all stakeholders in the copyright ecosystem.”

Will this change alleviate the pressure on the US Copyright Office to modernize its systems? Or will this appointment lead to even more gross mismanagement?