Turns Out Blake Shelton Isn’t a Raging Alcoholic, After All 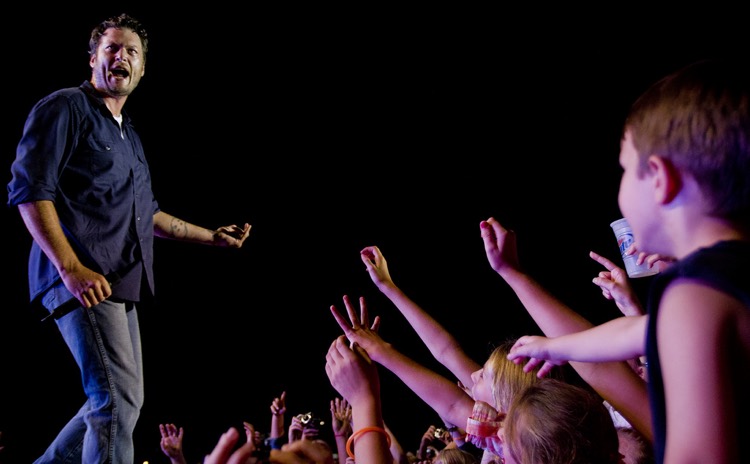 Drinking is a huge part of Blake Shelton’s image.  But call him a drunk, and his lawyers will bury you.

Attorneys for Blake Shelton have now settled a major lawsuit against InTouch Weekly, one that involved accusations of out-of-control alcoholism.  The terms of the out-of-court settlement aren’t known, though Shelton’s legal team had InTouch on the ropes for serious defamation.

In the end, Shelton may have wrestled millions out of the publication and its owner, Bauer Publishing Co.  And, issued a huge warning shot against a number of tabloids targeting the singer. 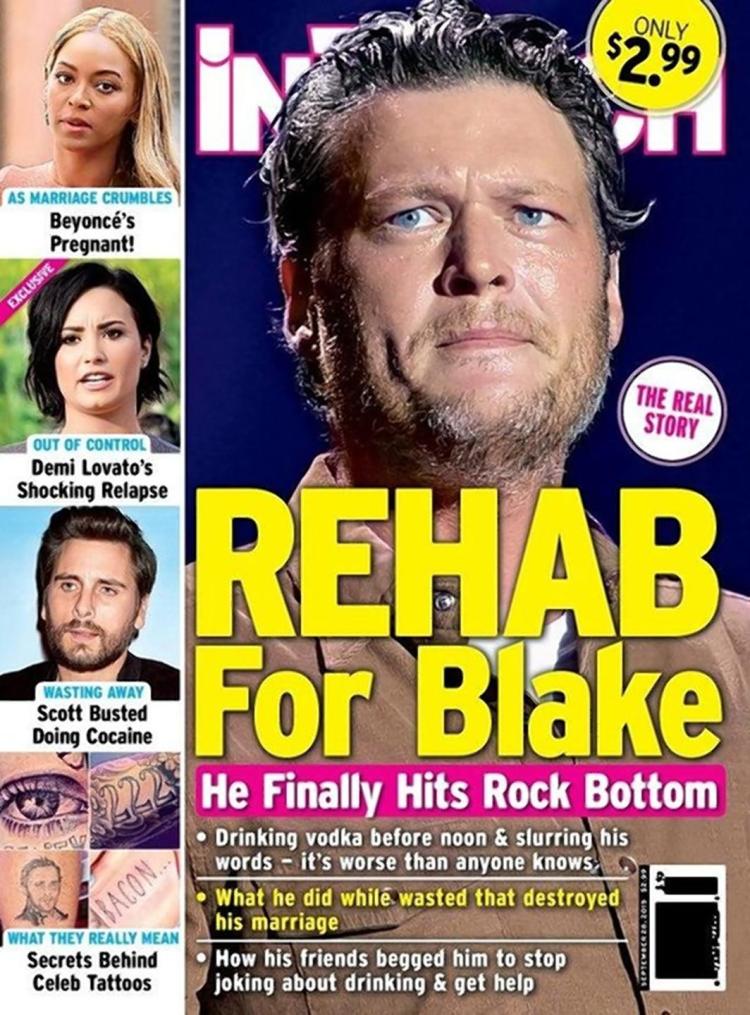 The showdown started when InTouch published an article titled, “REHAB For Blake: He Finally Hits Rock Bottom”.  The title, which took the magazine’s cover in September of 2015, was full of allegations of out-of-control alcoholism.

Right on the cover, the magazine listed off three damning accusations, complete with a distressed picture of the singer.

Juicy stuff!  Except, it was largely fake news.  In response to the damning story, Shelton filed suit in Los Angeles federal court emphatically denying the claims.  While admitting to juicing his social media networks with drinking vignettes and tales, Shelton wasn’t tweeting about rampant, raging alcoholism.

A federal court judge agreed that the story qualified for defamation of character, and allowed the case to proceed.

InTouch may have been asked to retract the story.  But they couldn’t exactly fix the story given that it’s a print magazine.  So ‘the damage was done’ is a fitting description of this scenario.

I’ve never been to rehab, nor have I ever considered going to rehab.

I did not then, nor have I ever, hit ‘rock bottom.’

I do not drink excessively, binge drink, or have a drinking problem.

I’m never drunk, intoxicated or unable to perform my job on The Voice or elsewhere.

I did not, as the story alleges, drink vodka before 11 a.m.

I do not slur my words, or stumble when I drink.

I’ve never urinated on a mailbox in public or otherwise.

I did not start drinking to cope with my brother’s death.”

Did Shelton make himself a target?

The question is whether Shelton invited the abuse, particularly given his penchant for drinking.  And, his well-known celebration of the sudsy spirits.  That was actually the initial defense of Bauer, though the real issue is whether the specific alcohol-related incidents happened.

There’s a bright line between social drinking and extreme, life-wrecking alcoholism.  Now, it looks like InTouch decided to blur that line with a juicy bit of fake news.  Sadly, readers bit — and bought copies.  Though for InTouch, defamation charges may just be the calculated cost of doing tabloid business.