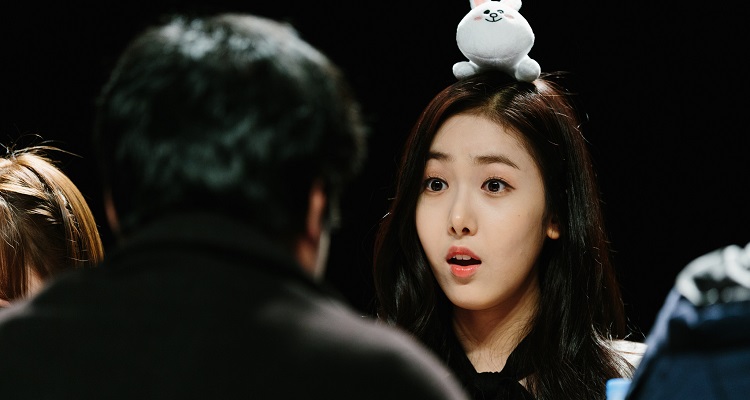 GFriend fans are attacking the group’s manager.  But is he just doing his job?

In a radio interview a few days ago, GFriend members described their ideal type of guys.  Eunha said she preferred a cute man with a great voice.  Ji Sang Ryul shyly admitted to liking someone similar to actor Yoo Ah In.  Leader Sowon preferred a family-oriented man who enjoys kids.

Now, the group’s fans have directly blasted the group’s male manager for “inappropriate touching,” something your dream man wouldn’t do.

Fans lashed out at the group’s manager for the way he acted during a recent fan signing event.  During the signing, Yerin explained that she had something in her hair.  GFriend’s manager then came up unexpectedly behind her and “touched her hair unnecessarily.”

“Other managers wait backstage, so why must he grab her hand?”

Others noted that he could’ve called her instead of making physical contact.

“I was a manager during their ‘Rough’ promotions.  During my time there, we didn’t approach the members like this.  I think the manager in the photos didn’t receive proper training.”

Not all fans felt the same, however.  In fact, some believed that GFriend fans merely exaggerated the touching.  One said,

“Am I the weird one? This doesn’t seem like a problem.”

“Are these fans kidding?”

One fan gave insight into the manager’s probable lack of experience over the “touching” row.  On AllKPop, the poster stated,

“You also have to take into account that this manager (name is Kwanyoung and is from Chang Company) previously worked as a manager for actors and actresses and was close to them (probably some skinship too).  To be honest, i think he might be a little awkward around them since he is now working with 6 girls instead of 1 and wants to help them but it might come off as ‘perverted.'”

The group has yet to formally respond to the “inappropriate touching” controversy.

GFriend will head to this year’s KCON USA in New York as the third act.  This marks the third time the group has performed at the event.