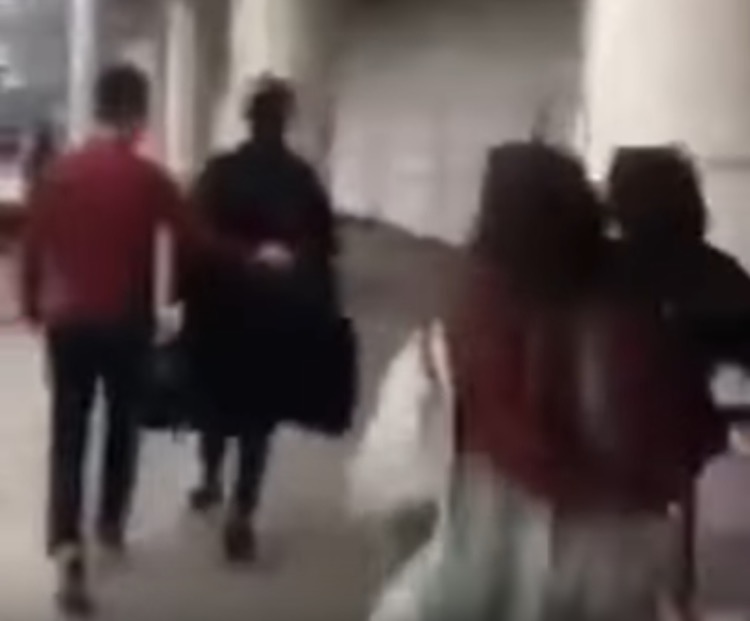 Are ARMYs getting completely out of control?  BTS’ management company is now adding extra security following a number of ugly incidents.

A series of frantic incidents involving over-the-top ARMYs are causing BTS to reconsider its security detail.  The development is raising the questions over how BTS will manage a fanbase that is proving to be over-the-top.

Just recently, a video of BTS member V escaping fanatical ARMYs at Seoul’s Gimpo International Airport surfaced, raising questions of how safe the group remains.  V was returning from a mini-vacation in Jeju Island, and appeared unprepared for the ‘attack’.

Other fans chastised the overzealous fans.  In a forum on allkpop.com, ARMYs blasted their fellow fandom for pursuing V like ‘zombies’ and putting V at the center of a ‘horror movie’.  “10/10 best horror movie of the year,” one fan quipped.

Here’s a captured video of the chase at Gimpo.

This is hardly a one-off incident.  Here’s another video detailing another chase in Sweden, where the group went to escape on vacation.

Other ugly face-offs with rabid fans are becoming increasing common, prompting serious security reconsiderations.  According to a report this week in Korea Portal, BTS management group Big Hit Entertainment has officially confirmed its intent to broaden protection around the group.

At this stage, it’s unclear what the stepped-up security will look like.  But everything from guards, hotels, and itineraries could be scrutinized.  In the end, the group may sacrifice a huge amount of freedom in the process.

And what did BTS expect, exactly?

The issue isn’t entirely a surprise.  Over the past year alone, BTS has experienced meteoric growth and global fandom.  Indeed, this is considered a ‘good problem’ by millions of struggling artists.  But success is complicated, and intense fandom can easily rip a group apart.

Already, tensions may exist between Rap Monster and fellow Bangtan Boys members like V and Jimin, with fanatical ARMYs potentially exacerbating the problem.

Rap Monster has been branching out with aggressive solo efforts, a move that stirred some fears that the rapper was testing the waters.