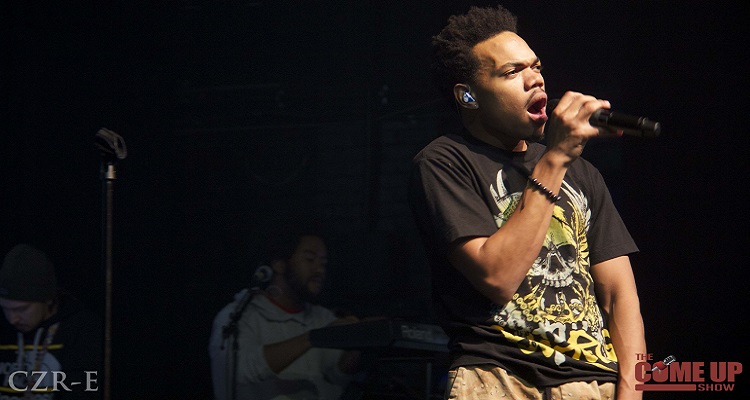 Like Han Solo, Chance the Rapper believes it’s better to shoot first (or in this case, sue first) and ask questions later.

Ahead of his upcoming tour, Chance the Rapper and CTR Touring have filed a federal lawsuit against probable bootleggers.

A common tactic in the music industry, the lawsuit names “John Does,” “Jane Does,” and “XYZ Company.” These lawsuits provide protection from fake merchandising bootleggers as well as illegal music downloads.

Chancelor Bennett, the rapper’s real name, states that the trademark “Chance the Rapper” belong to him.

“ ‘CHANCE THE RAPPER’ is the trademark used by the musical performer, Chancelor Bennett (hereinafter ‘Artist’)…Artist has used his marks in connection with his recording, performing, and merchandising services for over five (5) years.”

In fact, Bennett owns the trademark of his artistic name in association with the manufacturing and sale of clothing products. These include, but aren’t limited to,

Chance the Rapper gave notice to the U.S. District Court in Northern Illinois that he will embark upon a North American tour on April 24.

To prevent any possible bootlegging, Bennett specifies that only CTR Touring holds the exclusive license to merchandising.

Bennett, “on information and belief,” states that the Defendants, or “bootleggers” will sell infringing clothing items. He wrote,

“[Bootleggers] will sell and distribute unauthorized, infringing t-shirts, sweatshirts, caps and other merchandise…in the vicinity of the Tour Venues, before, during and after Tour Performances.”

Unfortunately, Chance the Rapper has dealt with bootleggers before. In 2016, “bootleggers appeared outside of venues with backpacks and duffel bags full of Infringing Merchandise.” To shut down these vendors, Bennett filed for a Preliminary Injunction and Seizure Order. The court granted the Order on September 27, 2016.

At the Illinois Northern Court, Chance the Rapper said the bootleggers will violate federal law under six counts.

First, bootleggers will violate Section 34(a) of the Lanham Act. The “manufacture, distribution and sale” of false merchandise constitutes as a “false designation.” This fake merchandise falsely describes and represents genuine goods that Bennett will sell through CTR Touring. In fact, the bootleggers will “cause the purchasing public to believe that the sale…is authorized, sponsored or approved by Artist and Plaintiffs (CTR Touring).”

Secondly, people who’ll sell fake merchandise outside of Bennett’s tours violate Section 32 of the Lanham Act. This states that anyone who engages in willful reproduction and counterfeit copy of registered marks will be held liable. Restating the first violation, Chance the Rapper asserts a claim for injunctive and monetary relief from the bootleggers.

Thirdly, Bennett alleges unfair competition. Fake merch vendors will mislead and confuse the public upon selling said goods. This will interfere with Bennett’s rights as they will “exploit the commercial values” of his artist name.

Fourth, the bootleggers will violate the Illinois Right of Publicity Act. An individual has the right to control the commercial use of his or her name, likeness, and identity. These fake merch vendors “have used, and will continue to use” Chance the Rapper’s trademark without authorization.

Fifth, the fake merchandise sold will violate the Illinois Uniform Deceptive Trade Practices Act. This violation occurs when a person “passes off the goods or services as those of another.”

Sixth, similar to the fifth count, they will violate the Illinois Consumer Fraud and Deceptive Business Practices Act. By selling fake goods, they will actively engage in consumer fraud. These actions constitute deceptive business practices.

Accordingly, Chance the Rapper has asked for all other judicial districts in the US to apply this lawsuit. If successful, the lawsuit will apply to all bootleggers at his 2017 tour venues. He also asked the court to authorize US Marshalls, local and state police, and off duty officers to “seize and impound any and all Infringing Merchandise.” Any fake merch vendors caught would have to pay him and CTR Touring damages, along with attorney’s fees.