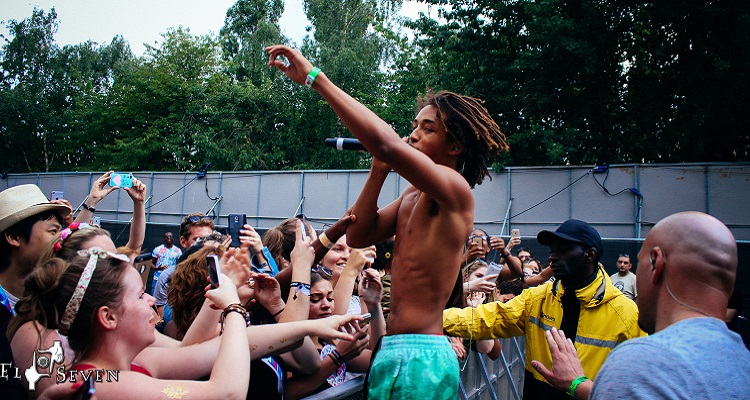 It’s difficult to ignore Kpop’s success in the United States.  Yesterday, BTS became the most-viewed Kpop group on YouTube. They’ve also played before sold-out crowds in major US cities.  Most recently, GFfriend announced that they will play for the third time at KCON USA.

But is someone totally unexpected about to join the Kpop ranks?

Last year, Jaden Smith met up with Big Bang’s G-Dragon.  They first encountered in Paris.  After the meeting, Smith declared that G-Dragon was a major inspiration for him.

Yesterday afternoon, Smith took to Twitter to announce his plans to release a Kpop single.

And Yes I Will Be Dropping A K Pop Single In The Next 4 Months.

He first hinted at his plans to become a Kpop star back in December. He tweeted,

He had previously tweeted twice that he wanted to become a star in that genre.

Kpop fans were less than thrilled. Immediately after yesterday’s tweet, they took to Twitter to bash the actor.

Another tweeted a mocking image,

User keshia followed with an image that told the actor to just stop.

Jaden Smith’s possible entry into the Kpop industry signals a growing global interest into the popular Korean music industry.  Back in December, American rapper Wale declared his love for the pop genre in a freestyle beat.  Soon thereafter, the DC-based rapper was collaborating with BTS leader Rap Monster.