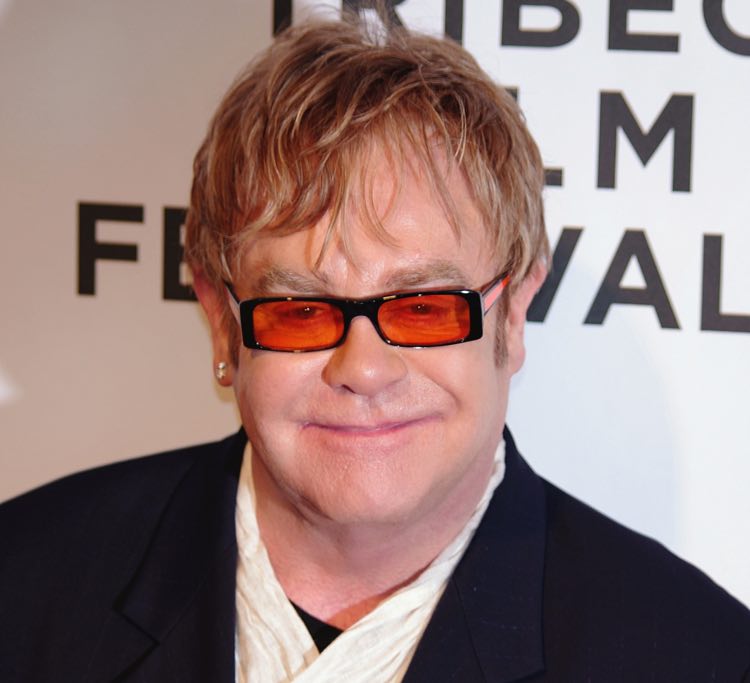 Elton John is now cancelling a string of tour dates after contracting a potentially lethal infection.

Updated 10:30 am PT Tuesday: Elton John has just responded to fans, and seems to be recovering.  See updates below.

Elton John is now cancelling a string of upcoming tour dates, thanks to a ‘rare and potentially deadly’ infection.  The infection cause a bout of violent illness and immediate hospitalization.

At present, Elton John has been released from the hospital and is recovering at his private residence.  At this stage, we’re still not clear what type of infection was involved, though it obviously sounds serious.

The infection was contracted during a recent string of South American tour dates.  And the real problem surfaced right after a tour date in Chile.  Here’s an official statement from John’s camp:

“During his return flight home from Santiago, Chile, he became violently ill.  Upon returning to the UK, Elton’s doctors admitted him to the hospital, where he underwent immediate treatment to remove the infection.  Infections of this nature are rare and potentially deadly.”

The South American leg of the “Wonderful Crazy Night Tour” involved numerous dates in Brazil and Chile.  Santiago was the last stop — and a potentially fatal one, indeed.  Now, an entire string of Las Vegas dates in April and May have been nixed.  Also cancelled is a tour date in Bakersfield.

Of course, that’s bad news for Elton John fans.  But hey, s–t happens sometimes (maybe literally, in this case).  And everyone gets a full refund.

Looking ahead, Elton John’s team assured the media that the singer was quickly recovering. 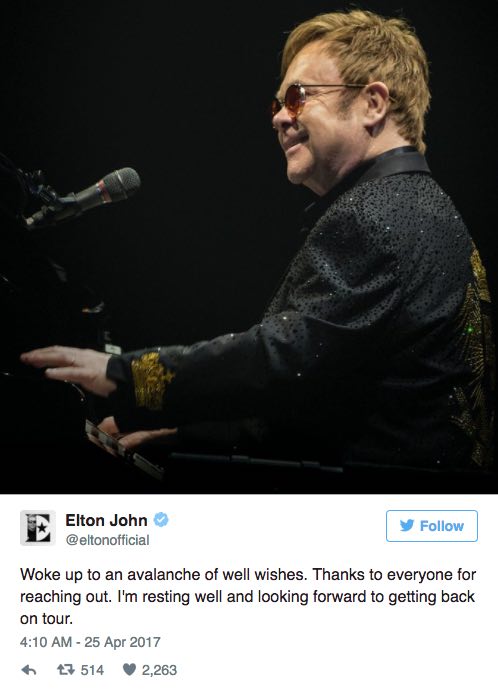 Updated: The singer has just responded to a flurry of well wishes from fans, with the following note on Instagram.

“Woke up to an avalanche of well wishes.  Thanks to everyone for reaching out. I’m resting well and looking forward to getting back on tour.”