Pandora Has Stopped Paying Artists Over 50% of Their Money 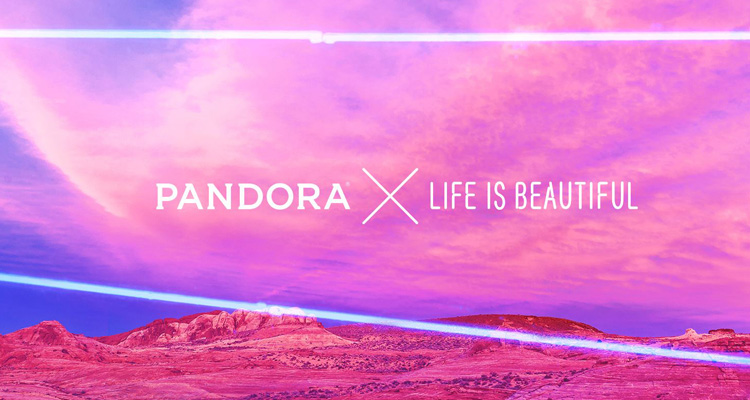 At Canadian Music Week this past Friday, I attended the ‘Questions with Mike Huppe (SoundExchange President and CEO)’ conversation.

After a 20 minute humble brag about how SoundExchange has seen double-digit growth every year for the past decade, and that SoundExchange paid out $890 million last year to artists and labels, I raised my hand and asked a question.

I first explained that artists who had great success on Pandora were coming to me asking why their SoundExchange money was rapidly disappearing over the course of the past few months (while their Pandora plays were growing).  I asked him why and where all that money was now going.

Before I get to his reply, let’s step back and let me explain what all of this is and means.

For clarity, these sound recording royalties paid out to SoundExchange were drastically higher than the composition royalties paid out to ASCAP, BMI and SESAC (some have put that number at around 10-14x higher).  It’s extremely complicated why this is and has a lot to do with consent decrees established by the US Government about 100 years ago for ASCAP and BMI.  But that’s neither here nor there.

I say ‘were,’ because shit just changed. A lot.

Mike explained that because of Pandora’s new “interactive” (you can choose the song) service, Pandora is no longer paying SoundExchange all of the sound recording royalties, but rather the “labels” directly.

He directed me to a Medium blog post by Pandora’s new Music Analytics and Insights analyst Glenn Peoples.

Glenn breaks it down further in his piece explaining that Pandora now has direct licensing agreements with labels and distributors and is only paying SoundExchange the artist’s share (50%) of the ad-supported radio tier.

Pandora is paying the labels directly for the subscription top 2 tiers AND the label share of tier 1, the ad-supported radio service.

Every DIY artist who signed up with SoundExchange and selected the “Both” option indicating that they are the artist AND the label have now seen their label royalties drop drastically.

One artist I spoke with who has millions of plays on Pandora has seen his Rights Owner Pandora revenue drop 92% since December.

Where is this money going?  Well, he used CD Baby to distribute his music to the other stores like iTunes, Spotify, Amazon, Tidal, etc.  So CD Baby is his distributor for some of his music.  When he inquired with SoundExchange about where his label money is they told him to talk to CD Baby.  When he spoke with CD Baby, they seemed to still be trying to figure out where all the money is.

Jon Bahr who is the VP of music publishing at CD Baby explained:

“As we transitioned to the new [Pandora] structure, we performed a data integrity exercise rooted in UPCs and ISRCs. There was a slight delay to complete this exercise for the first payment of this new partnership that we issued in February covering all of Q4-16.  It was resolved quickly and payments have been going out monthly thereafter, which is now current through February.  CD Baby clients with personal questions about their Pandora payment should contact our customer service, who is well versed on this partnership and how payments work between us and Pandora.  Specific per-stream rates, though, are confidential as Glenn noted in his article.  As he also noted, they are not lower than artists would have been receiving prior to participating in a direct license.”

But the problem is, CD Baby (or any DIY distributor like DistroKid, Tunecore, Symphonic, OneRPM, Ditto, Horus, RouteNote, MondoTunes, ReverbNation, or any of the others) did not initially distribute the release to Pandora.  So how does Pandora know which “label” to pay for these DIY artists?

DIY artists had to go directly to Pandora previously via their submission process.  If approved, Pandora reported the royalties to SoundExchange and SoundExchange paid out the money to the DIY artists who signed up and let SoundExchange know they were the artists and the “Rights Owners.”

But now, much of this money seems to be held up in purgatory.  Pandora may be paying the DIY distributors or they may just be reallocating the money to the major labels because they don’t know who to pay.  And the majors are a helluva lot scarier than sweet little DIY distributors.  And you can guarantee the major labels will not return the money stating “oh you made a mistake, Pandora, you overpaid us!” Ha.

That being said, I spoke to a few DIY distributors who said that when they receive big checks from Pandora for songs they do not represent, they are, in fact, sending the money back to Pandora.

So who is getting paid the money owed to the DIY artists with music on Pandora?  Because SoundExchange definitely is not any more (for the “label” share).

“Because of the confidentiality of the licensing agreements, the per-stream rates are not being made public. But artists and labels can rest assured they are receiving a better rate; record labels traded the new replay function — a non-statutory feature — for a more favorable payout”

Glenn keeps referencing “labels,” but I want to know about the tens of thousands of DIY artists on Pandora who do not have labels that negotiated these “better rates”.  Ok, so the rate is “better”.  Cool.  But you can’t say what it is because of confidentiality agreements.  And no DIY distributor will reveal this rate (even my distributor) because of Pandora’s confidentiality agreements.

Well, Glenn, I’m a DIY artist without a label who has 77 songs on Pandora.  Can I know what my per stream rate is please?  I’m my own label.  I’ve used 4 different distributors for these songs, but I submitted my music directly to Pandora.  But now my (and thousands of other DIYers) money is being paid out to… whom?

Why don’t you address the thousands of DIYers who have music on Pandora?

We are the ones who need this money the most.  Not the major labels.  Why are you ignoring us?  I understand that when you wrote for Billboard discussing DIY artist issues was very uncool.  It ain’t sexy like how many records Adele has sold, but it’s a new industry and we matter, aight?

Do I really need to explain to you that the DIY music community is a massive force generating massive revenue?  DIYer, Chance the Rapper, has more streams than the majority of major label artists.  Literally hundreds more DIYers are generating millions of plays.  Please pay attention.  Please explain, exactly, where our money is going.  And how to get it.  Thanks.

This all being said, I don’t hate Pandora.  I actually dig them quite a bit.

This isn’t meant to eviscerate them or claim they are a “bad” organization. They were one of the first streaming services to allow artists to see their backend analytics via AMP and include concert and ticket information (thanks!). I have applauded Pandora on many fronts, but when they misstep I need to call them out.

They could have easily given artists a heads up — via AMP, via press releases, via every DIY distributor — and told the artists to let Pandora know who their distributor is.  Instead, they forced NDAs upon every DIY distributor.  So they’re terrified to even mention this hiccup to their artists for fear of being banned from the service.

Pandora can make this right.  They should post a public, master list of all the “unclaimed” songs with a search feature so artists can see if Pandora has the correct information.

This is similar to what SoundExchange had with their Plays database (where I first discovered that a company called “101 Distribution” was illegally claiming and receiving payment for the “Rights Owner” share of all of my songs — and literally thousands of other artists). A brilliant scam of scams.

So, Pandora, please shed some light on this so you don’t keep paying the wrong distributors. Don’t brush over this as “we’re paying labels”.  Because thousands of DIY artists do not have “labels”. We have distributors and none of us used distributors to send Pandora music initially.

The ball is in your court Pandora.

Pandora did not return repeated requests for a comment in time for this story. They did, however, issue a statement an hour after this went live:

“By way of background, if DIY artists have opted-in through their distributor (we have deals with the ones you mentioned, specifically), their payments will be handled by that distributor. If a DIY artist does not have a relationship with those distributors, 100% of their payments go through SoundExchange”.

For clarity on this Pandora non-statement, every DIY artist has a relationship with a distributor because the only way to get music onto Pandora is if the song was publicly for sale on iTunes or Amazon (and the only way to get it there is via a distributor). There may be some very small distributors who have not yet struck deals with Pandora, but the vast majority of them have already (like all the ones I referenced above).