The Most Calming Music for Dogs Ever Created 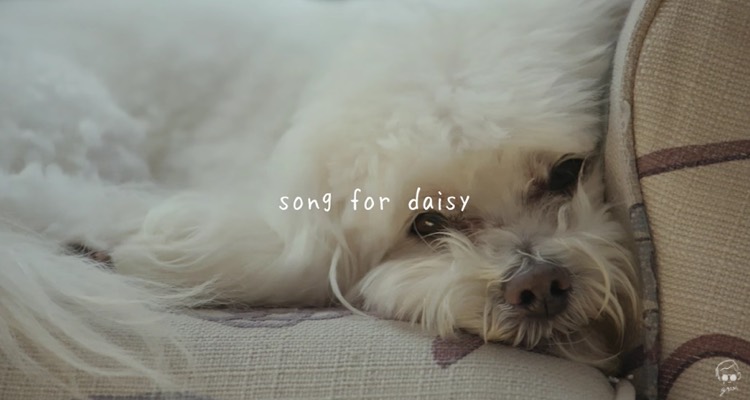 Music has been scientifically proven to relax anxious dogs.  But what if an artist specifically wrote calming music for dogs, not humans?  The results were pretty amazing.

It started with a tense, stressed-out dog.  The owner of that dog, Daisy, is singer-songwriter gnash, best known for the hit, ‘i hate you, i love you’.  After using medication and consulting with an animal behaviorist, gnash decided to a compose music to sooth his stressed canine.

Gnash’s initial research pointed to reggae as the most calming music for dogs.  Digging deeper, he found that certain musical elements, including simpler arrangements and repetitions, provoked soothing responses in dogs.

That sparked a creative project that resulted in a really effective track.  Seriously, try this with your anxious, hyper, or unhappy dog.

Interestingly, gnash was setting out to solve a personal problem with his own dog.  But what resulted is a solution that may end up working for millions of dogs.  Even the happy ones.

Actually, here’s a video that shows the creative process and journey by gnash.

Of course, Gnash’s ‘song for daisy’ has been doing the trick for Daisy.  But it’s also being heavily used for by No-Kill Los Angeles, a non-kill shelter.

The connection with No-Kill comes from Daisy herself, who is also a rescue.  And like many rescues, Daisy exhibits signs of previous stress.  “We want to ensure that dogs, when they are awaiting adoption, have as good an experience as they can,” said Professor Neil Evans, Professor of Integrative Physiology at Glasgow’s Institute of Biodiversity Animal Health and Comparative Medicine.

“Most people adopting from a shelter want a dog that is relaxed and interacts positively.  Music can help dogs become less stressed and show their true personality.”

Evans also pointed to reggae as a relaxing favorite for dogs.  But that’s not all.   “The biggest effects come from soft rock and reggae,” Evans noted.  “Motown, pop and classical music produce lesser effects.”

Gnash’s release could broaden awareness for the field of psycho-acoustic therapy for animals.  Indeed, music therapy is a powerful and calming force, for dogs and humans alike.  “It was a powerful experience to watch an entire room full of dogs, and my own rescue dog Daisy, react to this song,” said gnash. “It was incredible to be able to create music that transcends human emotion and has the ability to connect with these animals on a deeper level.”

Accordingly, the next move is to spread this to other rescue shelters.  “I hope this video and song helps other rescue pet owners comfort their furry friends the same way it did mine.”