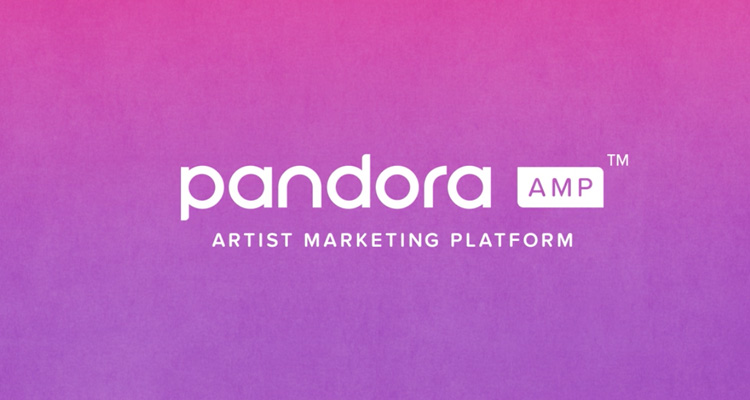 Last week I wrote about how Pandora has stopped paying artists over 50% of their money.

Sources reported to me that Pandora’s accounting is so messed up that DIY distributors are literally sending checks BACK to Pandora because they were sent checks for songs they had nothing to do with.

Artists have reported to me that their Pandora revenue has dropped drastically and Pandora’s public line is “don’t worry, we’re paying the labels!”

+ Pandora Has Stopped Paying Artists Over 50% of Their Money

I’ve repeatedly asked Pandora for a response on this matter.  Or to hop on the phone with someone who can explain to me what’s going on.  Person to person.  Human to human.  Techie to musician-writer.  But Nah.  They just repeat “We’re paying labels!” And “Who did you hear this from?”

I heard it from very trusted sources.

But I can say that many distributors I did speak to mentioned that, yes, they in fact are getting paid from Pandora, however some told me it was only for NEW music they, themselves, sent to Pandora in the past few months.  Others told me they’re receiving checks from existing catalog on Pandora but oftentimes the payments are for songs they don’t rep (hence sending checks back). Others were so terrified of Pandora’s NDA that they just said “Sorry Ari, we’re bound by confidentiality terms.”

The big disconnect is that Pandora gleefully boasted (via Glenn People’s blog post) that they have a totally new system which will pay out MORE money than ever before.

But Glenn explained that Pandora is not paying SoundExchange the “label” money anymore — because, again, “we’re paying labels that!”  Well the thousands of DIY artists on Pandora who are their own label (but use distributors) used to receive the “label” money AND the “artist” money directly from SoundExchange — because, again, these artists are both.  But now, they’re only getting the “artist” money from the ad-tier on Pandora.  The “label” money is going to, uh, your guess is as good as mine.

So it’s a shit show in the accounting department over at Pandora.

But the one thing that Pandora had that really helped artists out was their Artist Marketing Platform (AMP).  I reviewed it when it first came out just over two years ago and raved about how awesome it was.  They beat Spotify, YouTube, Apple Music and everyone else to giving their artists tons of data that could really help route tours and gauge how their fans respond to their music.

But now, Pandora took that away.

Pandora just killed the best artist tool they had, AMP.

Well, they didn’t exactly kill it.  They have just killed the best parts of it.  AMP is now the place where artists can record 15 second audio messages to their fans.  Which really is fantastic.  That was my biggest critique of AMP when it first launched — no ability for artists to connect with their fans.  So I must give a hearty applause to Pandora for this feature.  And thank them for giving artists the ability to geo-target and get messages out to their fans.

However, I haven’t heard of success stories around this yet, other than a few case studies with Jill Scott and G-Eazy that simply discuss play increases.

And, now that the map feature has been removed, how will I know which fans to target when I can’t see where my fans are?

“Our mission has always been to offer every artist the opportunity to find their audience on Pandora – a fan base of more than 78 million of the most engaged listeners in streaming music today,” said Sara Clemens, chief operating officer and head of Pandora’s Music Maker Group. “AMP eliminates guesswork, helps break new artists, surfaces new music from established artists and creates new revenue streams.”

Pandora’s press release about the new AMP goes on to quote Avery Lipman, president of Republic Records (a division of Universal Music Group).  Lipman praises this tool and cites successes with Republic artists like Ariana Grande and Marian Hill. The main problem is, DIY artists can not operate their careers the same way major label artists (with massive marketing budgets and teams) do.  Just because this works swimmingly for major label artists does not mean it will work whatsoever for indie artists.

Now Pandora may roll their eyes and pat each other on the backs exclaiming, “we got the majors on board! Win!”

But I would love to see a press release citing indie artist’s success with AMP.

What is really driving you Pandora?  What do you truly care about?   I want to know what gets you up everyday and inspires you to go to the office.  Because whenever I talk to anyone working in the music industry, they all say they take the most pride in helping undiscovered artists break out and succeed.  It may be time to take a good hard look in the mirror and ask yourself, “are we doing all we can for the DIY artists who need the most help?”  Because the majors are gonna be just fine.

Avery Lipman has said “our job is to make famous.”  Well, most musicians, believe it or not (I would know: I wrote the damn book on it), don’t give a flying f*ck about fame.  They want to make a living doing what they love.  So, as you continue to capitulate to Lipman and the majors, why not also think about how you can help the thousands of DIY musicians struggling to make ends meat.  Don’t they matter too?

Superstardom isn’t success.  You know what is success?  Helping an artist quit their day job.  Show me that press release.

A glaring oversight to Pandora’s entire new operation is their complete lack of sympathy for any artist not signed to a major label.

In 2017, these artists matter.  They may not have mattered in 1997, but times have changed.  Spotify realizes this and has been doing a solid job at supporting and assisting indie artists at breaking through, gaining new fans, making more revenue and providing artists insights (could they do more? Absolutely, but at least their head seems to be in the right place).

Pandora circa late 2014 was on their way to kick ass in this department with their initial launch of AMP and welcoming many indie artists on their showcase stages at SXSW 2015.  Now, Pandora is doing whatever they can to keep the majors happy while ignoring the indies.

Pandora has now migrated very minimal data to Next Big Sound (which they own) from artist insights on AMP.

AMP used to have a brilliant map feature where you could see how many listeners you had in each city.  Next Big Sound has none of this — just the top 10 cities in the last 30 days (no way to see any time period other than the last 30 days).  My #3 city is Allegan, Michigan, population 5,000.  Somehow this doesn’t quite seem right.  The “Geographic Report” NBS instructs me to click on to see more info only has Twitter mentions.  Maybe this is a glitch.  Maybe they’re still working on this.  Not sure.

Just two years ago I was singing Pandora’s praises and publicly thanking them for this incredible platform.

Now they removed AMP’s most helpful geo analytics, stopped paying artists over 50% of their money, capitulated to major labels and haphazardly shifted minimal data over to the completely unhelpful, opaque data aggregator site Next Big Sound (which still pulls much of its API and information from Last.fm???!!)  Who still uses that?!  Probably why my “Location” is still listed as Minneapolis & Madison — when I moved away 7 and 14 years ago respectively.

Now, it seems, you’re just not really that good at anything anymore.  Such a disappointment.  I really used to love you.