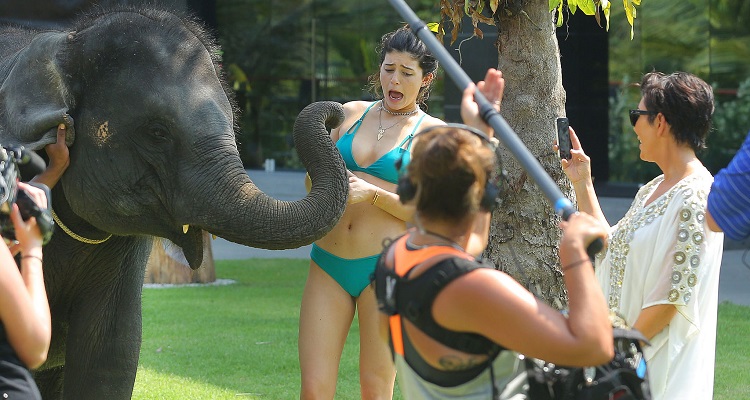 Did Kendall Jenner and other Fyre Festival “ambassadors” flat-out scam their followers?  That’s a question that may be answered in court.

For one single Instagram post to promote the Fyre Festival, Kendall Jenner received $250,000.  That’s according to Vice, just one of several publications (including DMN) to leak horrifying details leading up to a disastrous Fyre Festival.

Now, there’s a lawsuit that may cost Kyle a lot more than a quarter million.

Despite Ja Rule’s Twitter claims that the Fyre Festival wasn’t a scam, this isn’t the first time co-organizer Billy McFarland has been involved in scam deals.  The tech entrepreneur founded Magnises in 2014.  The social network start-up charges rich young millennials $250 yearly in return for discounted access to exclusive events.  Former and current Magnises members posted complaints similar to those about the Fyre Festival.  They didn’t receive tickets when promised, they faced last-minute trip cancellations, and more.  Members even received fraudulent charges on their credit cards. Billy McFarland has yet to comment about Magnises.

In a leaked memo posted by Variety, McFarland hired over 400 key celebrity influencers to promote the Fyre Festival scam.  These included Kendall Jenner, Emily Ratajkowski, Bella Hadid, and Alessandra Ambrosio, among others.  Branded Fyre Festival “ambassadors,” each commands millions of followers in social media.  In exchange for massive payments, they would simply take to social media to describe how excited they felt about the upcoming event.  Following the festival debacle, several “ambassadors” erased their promotional posts.  Yet, several more can still be found.

The Fyre Festival has already faced two class-action lawsuits.  In one filed by celebrity lawyer Mark Geragos, the event is likened to The Hunger Games and The Lord of the Flies.  The lawsuit names Billy McFarland, Ja Rule, and social media influencers for their role in the scam.  However, can Kendall Jenner face millions in potential damages as well?

Yes, she could, according to a law professor at the University of Minnesota.  Kendall Jenner, along with “ambassadors” paid to promote the disastrous scam, are all bait for massive legal action.  Speaking with Variety, William McGeveren explained,

“In the offline world, there is precedent for such claims. For example, door-to-door salespersons using deceptive high-pressure tactics could be personally liable for fraud or violating the California [commercial code], right alongside the company that employed them. Accordingly, the plaintiffs here are arguing that Fyrefest is the Instagram equivalent of door-to-door sales fraud.”

“So hyped to announce my G.O.O.D. Music Family as the first headliners for @fyrefestival. Get tix now at fyrefestival.com. VIP access for my followers… use my promo code KJONFYRE for the next 24 hours to get on the list for the artist and talent afterparty on FyreCar.”

McGeveren’s statement comes just weeks after the Federal Trade Commission issued a warning against Instagram influencers.  According to the agency, influencers must outright state that they have received payment to promote a product or an event.  Kyle, like many other ambassadors, failed to make this critical disclosure.

Neither class-action lawsuit has outright named any celebrity.  Instead, they merely reference 100 “Jane Does”.  Accordingly, McGeveren believes that the decision not to name celebrities outright could turn the influencers against Billy McFarland and Ja Rule.  It could also aid the legal process in discovering how the Fyre Festival recruited and paid these influencers.

They have also refused to issue fans any refunds.