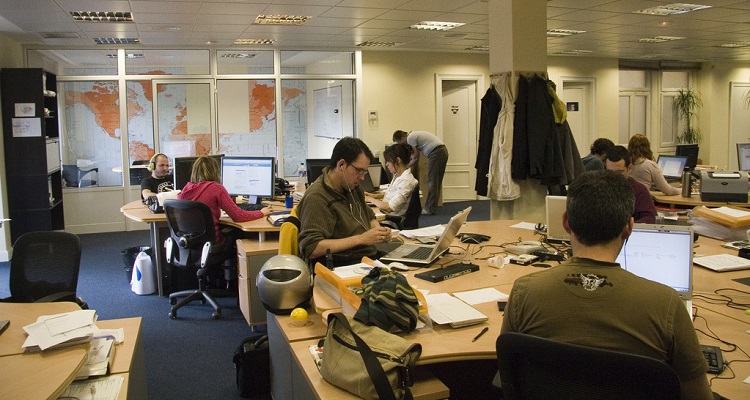 The music industry started off this month with a slew of hires, fires, promotions, retires, and acqui-hires.  Here’s the lowdown.

Paradigm named Chris Burke as Head of Corporate and Special Events, Music.  He previously worked at WME-IMG, where he worked in multiple genres of music with artists including Smokey Robinson, Tony Bennett, John Legend, and others.

Nick Barnes left management firm Q Prime to join United Talent Agency.  Based in the agency’s Nashville office, Barnes will serve as a Digital Strategy Agent.  He’ll help to build and execute digital and direct-to-audiences strategies for UTA’s clients.  He previously worked at Sony Music Nashville as manager of Digital Marketing.  At Arista Records, he worked with artists such as Carrie Underwood and Brad Paisley.

Elsewhere in the music industry, UK Music has appointed Michael Dugher as its new Chief Executive.  The outgoing MP was the former Shadow Secretary of State for Culture, Media, and Sport.  Dugher announced his intention to step down from his political role earlier this month.  He worked for the Labour movement during the past twenty years.  Dugher will replace Jo Dipple.

Ex-Music Week publisher Dave Roberts has joined Music Business Worldwide.  At Music Week, he led the transformation of the UK trade title into a widely-read success.  At MBW, Roberts will work on editorial and business development at MBW.  He’ll help enhance and add to MBW’s brand extensions, including its recently-launched Music Business Jobs platform.

Veteran agent Richard Mills will leave The Feldman Agency.  In a lengthy Facebook post, Mills explained that he would make “a pivot into another creative venture.”  However, he would first take a break to spend time with his family and also travel.

Multi-Platinum and Grammy Award-winning hit songwriter Hillary Lindsey has signed an exclusive worldwide publishing deal with Rezonant Music Publishing and BMG.  The agreement covers Lindsey’s Peerless catalog as well as future compositions.  She previously received her fifth nomination at the 2017 Grammy Awards for Keith Urban’s ‘Blue Ain’t Your Color.’  Lindsey was also nominated for ‘Song of the Year’ and ‘Songwriter of the Year’ at the 52nd Academy of Country Music Awards.

ArenaNetwork promoted Natalie Caplan to the position of Vice President of Entertainment.  She began her career at the company fourteen months ago.  She assumes Tina Suca’s former position.  Suca left the company to take a new position with Brooklyn Sports and Entertainment, Los Angeles.  ArenaNetwork has also hired Denise Gonzales as Director of Entertainment for the company.  She previously worked as Project Manager of Touring for the past six years.  Gonzalez dealt with agents, managers, and Live Nation promoters in booking and routing tours.

UK Music has assigned the election of six new metro mayors.  They’ll engage in the process of planning and licensing to support music strategy and music tourism.  The elected include long-time UK Music advocates Andy Burnham and Rotheram.  UK Music hopes to increase the music scene and improve the music sector in each region.

Branded Entertainment Network named Nell Mulderry as Senior Director, Client Development of Greenlight.  Mulderry previously worked as Director of Market Development at Angel & Blue Note Records.  She was also the owner of Boss Sounds from 2005 to 2017.

Warner Bros. Records has hired Carlos Ogando as its Senior National Urban & Rhythm Promotion Director.  He previously worked in Mixshow Promotion from 2006 to 2012.  Ogando began his career in the rap department at Interscope Records fourteen years ago.  He’ll be based in New York and will report to Lee L’Heureux, Senior VP of Rhythm, Urban & Hip-Hop Promotion & Strategy.

Back in the US, iHeartMedia Denver appointed Kelly Ransford as Director of Event Marketing.  She will spearhead iHeartMedia Denver’s multiple events throughout the year.   Ransford will work closely with Region SVP of Sales Ryan Clune on sponsorships and revenue opportunities.  She was previously MD of WXRT/Chicago.