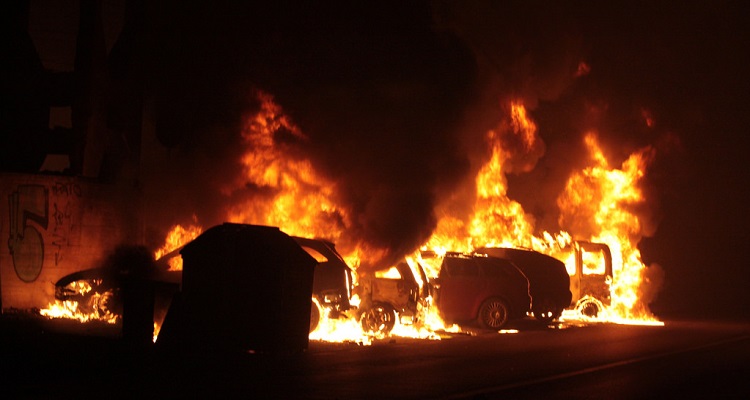 A preview of Fyre Festival 2018

Because nothing says you appreciate your employees like not paying them.  Just ask Fyre Festival organizers Billy McFarland and Ja Rule.

You spend over half a year working for a promising luxury music festival.  Once the festival goes up in flames, you’re told that you won’t get paid.  Yet, your bosses still ask you to stay and “hunker down.”

Leaked audio of an internal call between festival organizers Ja Rule and Billy McFarland with their Fyre Media employees revealed the situation.  Last Friday, McFarland told workers that they wouldn’t receive payment for the last two weeks.  He got straight to the point.

“After conferring with our counsel and all financial people, unfortunately we are not able to proceed with payroll.”

Ja Rule participated in the phone call.  He took on the listener role.  Ja Rule said,

“I’m on the phone, but I can barely hear you all because of this f—king hum.”

Billy McFarland told employees that they should have received an e-mail preservation notice.  They should not delete nor remove files related to the disastrous event.

Not a single attendee has reported that they have received a refund.  So where did all this money go?

After hearing the news that they wouldn’t receive payment, an employee asked McFarland,

“The payroll’s not happening, we’re not being let go, so we’re just here?”

“So you’re not going to lay us off, which would allow us to file for unemployment benefits? You just are not going to pay us any more then, making us quit ourselves.”

McFarland wisely protected himself from any wrongful termination lawsuits.

“We’re not firing anyone; we’re just letting you know that there will be no payroll in the short term.”

Instead of telling them to quit, he urged them to stay.

“I understand that this is not an ideal situation for everybody, and this will likely cause a lot of you to resign, which we totally get and understand.  That said, if you want to stick with us, we’d love to have you and we’d love to work together and hunker down and get back to a place where everything resumes to business as usual.”

During the calls, numerous employees said that if they were fired, they would receive unemployment benefits.  McFarland slyly dodged the issue.

“If that impacts you, you can email me.”

But former and current Magnises members posted complaints similar to those about the Fyre Festival.  They didn’t receive tickets when promised and faced last-minute trip cancellations.

Manises members even received fraudulent charges on their credit cards.  Billy McFarland has yet to comment on this.

With the Fyre Festival, Ja Rule and Billy McFarland reportedly knew the event would become a disaster.  After failing to sell 40,000 tickets, they squandered all of the money on models, private jets, and yachts.  To promote the festival, they paid over 500 Instagram influencers.  Kendall Jenner and other top names face a possible class-action lawsuit for promoting the event without specifying that they received payment to do so.

Following the disastrous event, organizers reportedly circulated a form to Fyre Festival ticket holders.  Instead of offering full refunds, they would have the option to receive VIP tickets to the 2018 Fyre Festival.  Organizers proudly proclaimed that 81% of fans chose the option.  Of course, who wouldn’t when you’re told that you only have the following options: VIP tickets or nothing.  The form stated,

“Would you prefer to exchange your 2017 ticket(s) for additional 2018 VIP passes, as opposed to receiving a refund?  (Ex: If you purchased 3 passes for 2017, you would receive 6 total 2018 VIP passes).  We have received support and commitments from several musicians to perform at next year’s event.  We would be so thankful to have your support as well.”

Billy McFarland and Ja Rule have been hit with seven lawsuits so far.  They show no signs of stopping, however. Plans are already underway for Fyre Festival 2018.

Both have yet to issue a formal apology for this year’s event.   Billy McFarland blamed the poor weather for this year’s disaster.   Ja Rule insisted on Twitter that the Fyre Festival was “NOT a scam.”

Posted by Vice News, you can listen to the leaked audio below.

Image by rabendeviaregia (CC by 2.0)