Windows 10 ‘Kill Switch’ Can Identify and Block All Illegal Downloads 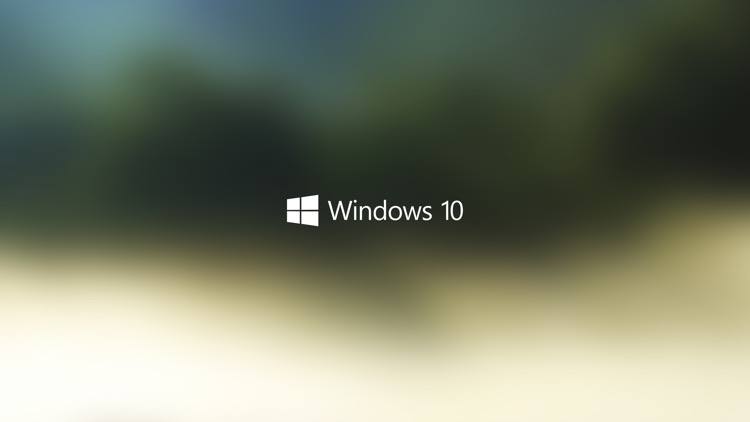 It’s been called the ultimate ‘kill switch’.  But will Microsoft ‘turn on’ Windows 10 capabilities to snuff out illegally-obtained (and shared) downloads?

Major content owners have largely focused their anti-piracy efforts on ISPs and Google.  But it turns out that operating systems have just as much power when it comes to controlling content.

They’re just not using those powers.

Enter Windows 10, which has been bubbling as an anti-piracy enforcer since its release in 2015.  Initially, paranoia emerged following terms in Microsoft’s Windows 10 service agreement that enabled the identification and blocking of pirated content.  The supposedly ‘Big Brother’ language boiled down to a line of boilerplate legalese, though it eventually prompted some torrent trackers to outright block Windows 10 users.

Things have calmed down since that point, and users moved on.  But it now turns out that Microsoft was actually filing an anti-piracy patent back in 2015, right around the release of Windows 10.  We just didn’t know it at the time.

Now, two years later, that patent has been approved.  And it specifically details a capability to detect and block pirated content, not to mention report users. 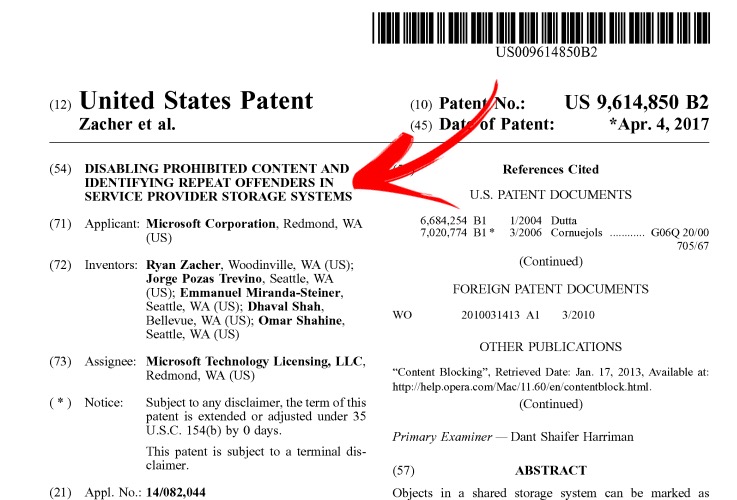 Here’s what the patent abstract describes.

“Objects in a shared storage system can be marked as including prohibited content.  Incidents that result in objects being so marked can be stored in an incident history associated with a user responsible for those objects.

“The incident history can be processed to identify repeat offenders and modify access privileges of those users.

“However, when objects are shared by one user with another user, prohibited content is blocked from being shared, while the remainder of the shared objects can be accessed by the other user.”

Here’s a complete copy of the patent, which is now public.

The USPTO officially awarded the patent on April 4th, 2017.  Of course, that award happened with very little fanfare (and almost no media coverage).

So what happens next?  At this stage, it’s unclear whether Windows 10 will activate the anti-piracy capabilities.  One plausible suggestion is that Microsoft will only employ protection and tracking on specific software targets.  That would include pirated copies of its own software, while stopping short of wide-scale music, film, TV, and gaming piracy.

But the DMCA is mostly employed against public dissemination of copyright works.  And major OS owners are unlikely to police the private collections and sharing of their users.  Simply stated, playing ‘OS cop’ makes little business sense.

Currently, Microsoft has not issued any statements or guidance on the matter.  That said, Microsoft is targeting its OS and hardware to creatives, a tricky game when it comes to piracy.